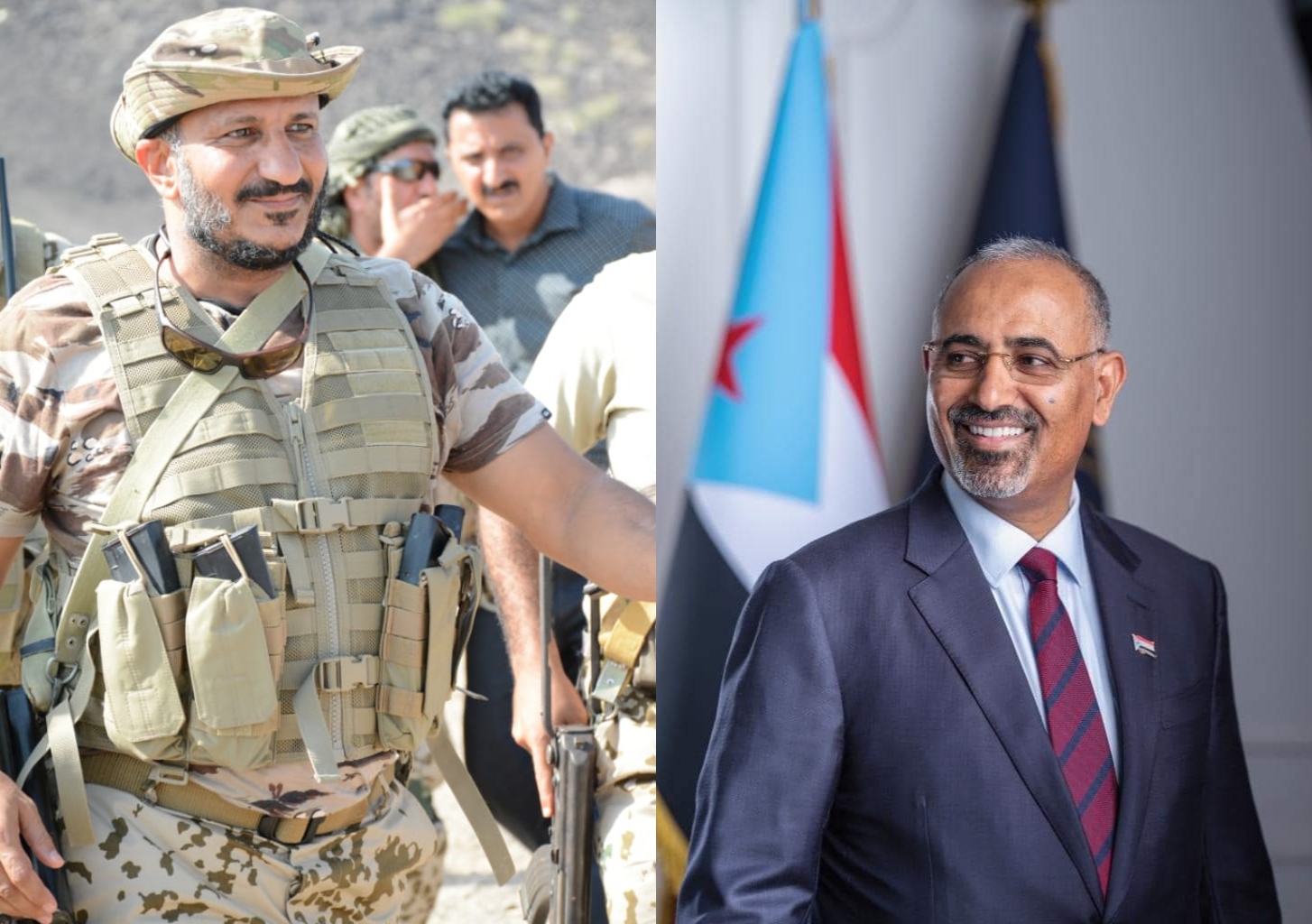 ISWNews Analysis Group: Tensions between the leaders of the Southern Transitional Council and the National Resistance in the provinces of Shabwa and Aden have escalated following a power struggle between members of the Presidential Council of the resigned Yemeni government.

Following the arrest of 20 members of the Presidential Guard by the forces of Southern Transitional Council (STC) in Aden, new tensions have begun between supporters of Tariq Saleh and Aidarus al-Zoubaidi in areas controlled by the Saudi coalition in Yemen. In response to the arrest of his troops, Tariq Saleh issued an order to confront the STC militants. With this order, the Al-Amaliqa forces, which are under the command of Tariq Saleh, in retaliation arrested five members of the STC in the city of Ataq, the capital of Shabwa province.

Following the resignation of Mansour Hadi, the power struggle between members of the Presidential Council of the resigned government, including Tariq Saleh and Aidarus al-Zoubaidi , has intensified. The rivalry began with tensions over control of the oil resources of Marib and Shabwa provinces on April 17, and has continued until recently, when the Southern Transitional Council threatened to arrest Tariq Saleh. Prior to the threat, the Southern Transitional Council protested the entry of Tariq Saleh’s forces into Aden and warned that he would be arrested if he continued to infiltrate Aden.

Simultaneously with the threat, one of the STC forces, Salem Seif al-Radfani, was assassinated in the city of Aden. News sources in STC believe that the assassination was carried out by agents affiliated with Tariq Saleh. There was also another clash in the city of Ataq between the forces of the Southern Transitional Council and Awad al-Awlaki, the governor of Shabwa, which left one dead and one wounded.

The weakening of Mansour Hadi’s supporters and the Islah Party has led to an increase in the power of other currents in the Yemeni opposition. This has led to a power struggle between the UAE-affiliated factions, including Tariq Saleh and Aidarus al-Zoubaidi, and each of these influential people in the southern regions is seeking more power to attract foreign support, especially from the UAE sheikhs.

It should be noted that the “Yemeni National Resistance” (YNR) is an armed organization in southwestern Yemen led by Tariq Saleh, which has more than 10,000 troops and includes several groups, including former members of the Republican Guard (of Ali Abdullah Saleh), army soldiers and security forces separated from the Sanaa government, al-Amaliqa and al-Tihama forces.