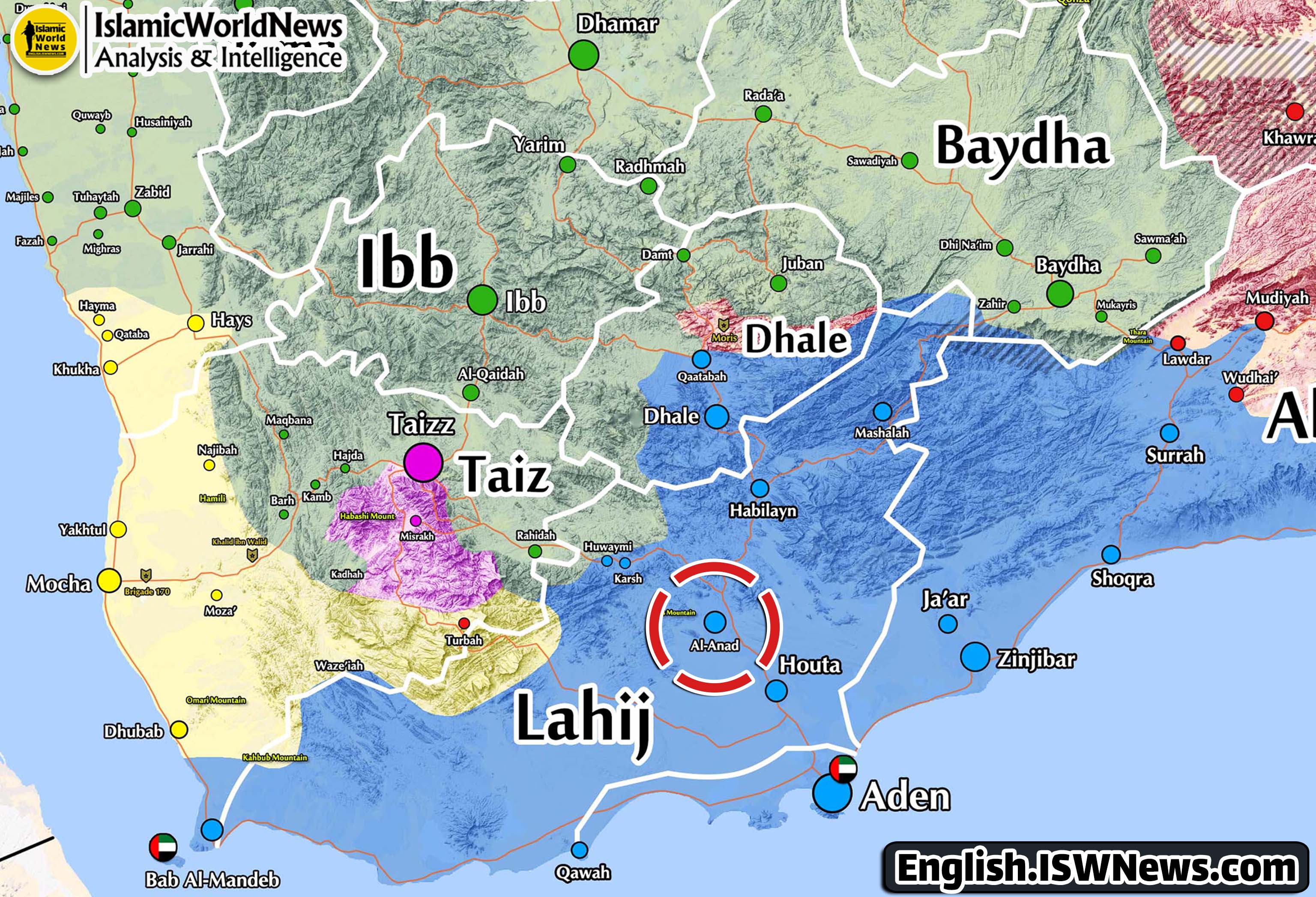 ISWNews Analysis Group: The Saudi-backed forces expelled the Southern Transitional Council militants from Al-Anad Airbase in Lahij province and took control of this strategic base.

Following the issuance of an order by the Saudi coalition command room for the withdrawal of Southern Transitional Council (STC) forces and Sudanese mercenaries from Al-And Airbase in Lahij province and the deployment of Al-Dara’ al-Watan (Nation Shield) forces in this important base, the tension between the South and Saudi Arabia increased.
This tension increased when Al-Dara’s al-Watan forces prevented the 1st Brigade of Southern Transitional Council militants from entering Al-Anad base, and the armed forces of both sides went to the brink of battle.

Despite the increase of tensions, December 25, Sudanese forces have evacuated their positions in the Al-Anad base and handed over to the Dara Al-Watan forces. With this situation, the possibility of the southerners retreating from the suburbs of Al-Anad base also increases.

Al-Dara’ Al-Watan (Yemen Nation) forces are militias that formed in November of this year with the support of Saudi Arabia and the role of Sagheer bin Aziz and Tareq Saleh from the pro-Saudi tribal armed forces in Hadhramaut province, the forces of Al-Yaman Al-Saeed (subordinate to Saghir bin Aziz) and part of Pro-Tareq Saleh forces were formed in the west of Lahij province.

Undoubtedly, these developments are not unrelated to the house arrest of Aidarus al-Zoubaidi, the head of the Southern Transitional Council in Saudi Arabia, and indicate the implementation of the Saudi plan to limit the power of the southerners in the strategic points of southwest Yemen.