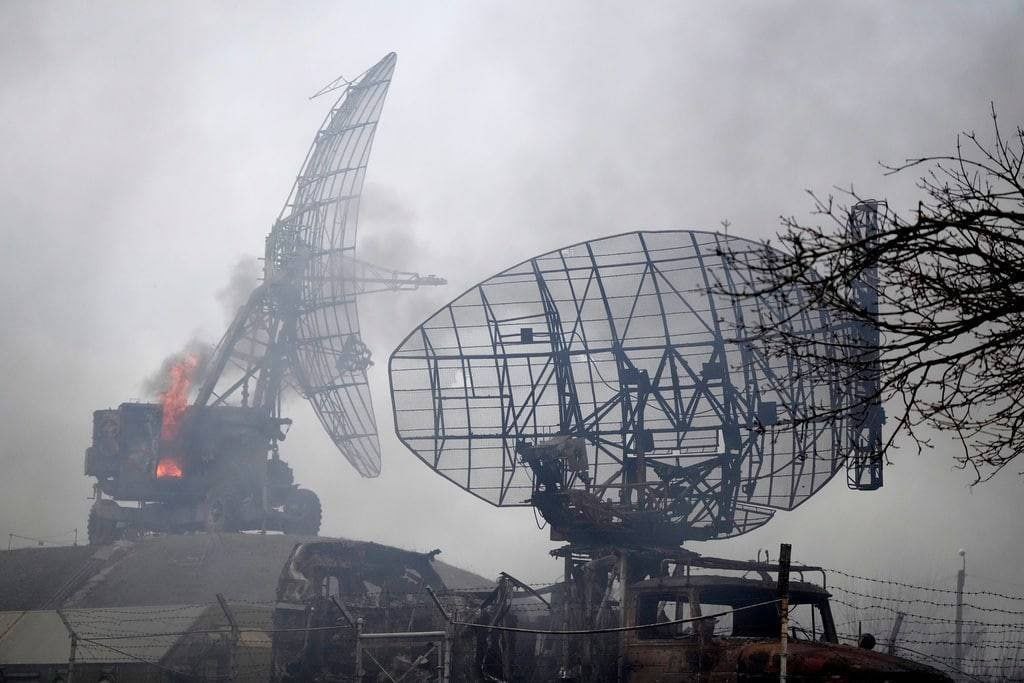 The use of free-fall bombs for offensive operations on frontlines or deep operations in a situation where Ukraine’s short-range and medium-range air defenses had not been suppressed is considered a tactical mistake by the Russians. In such a situation, the Russians should either completely suppress the air defenses or use high-range smart ammunition in their operations to be completely away from the effective range of Ukrainian short-range air defense systems. In a situation where the suppression of Ukraine’s ADs were not complete, the use of helicopters had a very high risk, which the losses of the Russians prove this fact. Because short-range air defense systems such as TOR-M1 are well capable of countering Russian cruise missiles and helicopters, and in addition to this, some man-portable air-defense systems (MANPADS) also helped the Ukrainian army a lot in destroying aerial targets. Some anti-armor missiles and other MANPADS donated to Ukraine, such as the FIM-92 Stinger for hunting helicopters, caused the Russians to suffer numerous casualties in this field.

2- Ukrainian tactics for hunting aircraft:
The Ukrainian air defense has a significant number of short-range systems of various types. These systems have succeeded in destroying several Russian cruise missiles and several fighter jets in the current war between Ukraine and Russia. Due to the geographical and forest conditions of Ukraine, short-range defense systems such as Buk-m1 can hide well and hunt targets such as fighter jets, cruise missiles, etc. On the other hand, soldiers can easily destroy targets such as helicopters or drones with the help of MANPADS by camouflage and sheltering among environmental covers such as trees. Ukraine’s forests have practically created an excellent natural camouflage for Ukrainian ADs to hide and to some extent escape the suppression of Russian forces.

3- Foreign military aids to Ukraine:
From the very beginning, when the possibility of a conflict between Ukraine and Russia increased, NATO member countries, especially the UK and the United States, began providing arms. These aids included individual equipment such as AR-15 rifles to various anti-armor missiles such as NLAW, Javelin, etc., and these weapons had a great effect in destroying Russian tanks on the battlefields. Military aids and better equipment is still being sent to Ukrainians day by day. Understanding the process of equipment training, the US and other allies started sending Russian defense systems such as SA-8/10/12/14 to Ukraine. It can definitely be said that the western aid has kept Ukraine afloat until today.

According to the definition of short-range defense, it has a maximum height of 15 km and a maximum range of 50 km. With the development of air-launched weapons, short-range defense is extremely vulnerable. For example, the new generation Hellfire missiles with a range of 20 kilometers which can be launched by drones, makes it easy to destroy short-range air defenses.

Most of the time, a short-range defense is effective when it operates under the cover of medium-range or long-range air defense systems. If there are early warning radars, the location of the target can be detected before reaching the target, and in this way, detection and attack operations can be carried out by short-range air defense and prevent the air defense from being hunted.
Considering the anti-radar capabilities of the Russian army and the extensive use of KH-31 anti-radar missiles, along with the reports of Ukrainian radars being targeted, it can be concluded that there is practically no early warning radar left on Ukrainian soil.

A report from the CNN television network showed that an Airborne Warning and Control System (AWACS) E-3 is continuously patrolling and intercepting Russian fighter jets over the border between Poland and Ukraine. In his press conference, the President of the United States spoke clearly about providing up-to-date information to the Ukrainian side as soon as possible.

A report from the CNN television network showed that an Airborne Warning and Control System (AWACS) E-3 is continuously patrolling over the border between Poland and Ukraine and detecting and intercepting the information of Russian aircraft. In his press conference, the President of the United States also spoke clearly about providing up-to-date information to the Ukrainian side.

The AN/APY-1 radar of the US E-3 AWACS has the ability to identify a fighter jet from a distance of 320 km (of course, it also depends on the cross section of the radar). Or another example is the AWACS E3-A, the radar of this aircraft at high altitude is capable of detecting high-altitude flying targets from a distance of 650 km. The distance from the Polish border to the city of Kyiv is less than 450 km. The distance between the Romanian border and Kyiv is about 400 km. Considering the distance between the borders and the characteristics of the E-3 AWACS, this AWACS creates a suitable air cover and provides the necessary information to the air defense of Ukraine. There have been various reports of eavesdropping and surveillance flights around Ukraine. All of these and other intelligence aids contributed greatly to the execution of ambushes around Kyiv, and most of the Russian Air Force casualties were related to this.

The Ukrainian army used to ambush in different places with a high probability of attack or close to the front lines by turning off and hiding the short-range systems. In such a case, the possibility of discovering these systems by Russia was not possible. The Americans, by analyzing satellite images and eavesdropping systems, check the possibilities of attack in different places and with the help of AWACS, eavesdropping and GPS, which is used commercially by the Russians, they determine the position of Russian aircraft and at the right time and place, the air defense systems intercepts and destroys targets. And AD systems quickly turn off the radar and change their location after the operation. This makes it difficult to identify them after the operation. Satellites, electronic warfare systems and even AWACS which are capable of detecting active radars, will not have enough time to detect the short-range radar system with this method.

Realizing this, Russia withdrew from the vicinity of Kyiv and focused on the areas where the West could provide the least intelligence assistance to Ukraine. This increased the effectiveness of the operation and reduced the losses of the Russians in the air force sector.