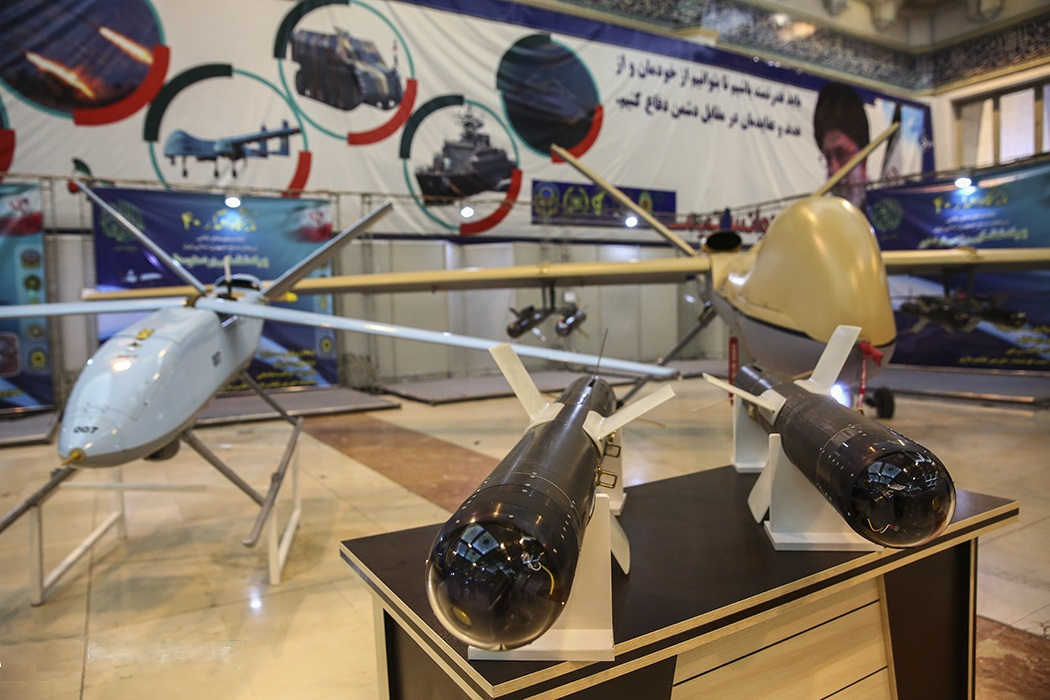 The Sadid family is a collection of Iranian Small Miniature Bombs, which are mainly produced in two types of missiles and bombs by the Iran’s Defense Industries Organization. All Sadid models can be used on helicopters and drones and are designed to engage with fixed and moving targets.

The first member of the Sadid family was exhibited at the Kish Air Show in 2010. The first two members of the family, Sadid-1 and Sadid-342, were assembled by the IRGC, and due to the fact that its parts were the same as the Toofan missile, the parts were delivered to the IRGC from Montazer Al-Mahdi Industries belonging to the Ministry of Defense, which produces the Toofan (Iranian TOW) missile.

It seems that the production and use of the Sadid family dates back to before their unveiling in the exhibition of the achievements of the Islamic Revolutionary Guard Corps in 2013. The proof of this is the display of different types for the first time in this exhibition. Sadid’s operational record in all its types in Syria is brilliant.

In the following, we will examine different types of Sadid bombs and missiles. The types that have been officially unveiled so far are as follows:

1- Sadid-1 missile:
The first member of the Sadid family is the Sadid-1 missile. This missile was unveiled at the Kish air show in 2010 by installing it on Shahed 258 helicopters.

Sadid-1 missile is very similar to Toofan anti-armor missile. If you pay close attention to the placement of the wings and the engine gas outlet in Sadid and Toofan missiles, you will see a great similarity between the two missiles.

Sadid-1 missile has two rows of variable wings, like Toofan missile, and the size and direction of folding of wings in both missiles are completely similar to each other. In the middle of the rocket, there are two hot gas outlets for the main rocket engine, and at the end of the rocket, there is the outlet of the primary engine that is used to launch the rocket from inside the tube, which is completely similar to each other. However, at the end of Sadid-1 missile, the parts related to wire guidance, including two wire spindles and xenon lamps related to Tau missile, have been removed, which is the reason for the difference in the way the missile is guided.

The specifications of Sadid-1 missile have not been officially announced yet. But by comparing and matching it with the Toofan anti-armor missile, almost accurate information can be obtained.

Toofan anti-armor missile in prototypes is capable of penetrating 550 mm of armor at an effective range of 3500 meters. Considering the possibility of firing at an initial speed from the drone and the possibility of gliding if released from a height of 5 km, a range of more than 7 km can probably be considered for this type of missile. Due to the launch of this missile from the sky, which allows this missile to attack from above, its 550 mm penetration is enough to target any type of armor. There are also variants of Toofan missiles with a longer range and penetration power of up to 900 mm.

The Sadid-1 prototypes did not have seeker in its nose, but in May 2014, during the visit of the Leader of the Revolution to the exhibition of the achievements of the Islamic Revolutionary Guard Corps, two types of Sadid-1 missiles with optical and infrared guidance were seen. This new possibility can bring fire-and-forget capability to Sadid-1 missile.

This missile has been introduced in some media with the names of Sadid 361 and Fatah 362 missiles.

2- Sadid-342 glide bomb:
The Sadid-342 bomb is the second member of the Sadid family, which was showcased in 2014 during the visit of the Iran’s supreme leader to the exhibition of the achievements of the Islamic Revolutionary Guard Corps. However, due to the display of the Sadid-345 bomb in the same exhibition, the operational history of the Sadid-342 probably goes back to before the year of its unveiling.

In this bomb, the engine is removed and the bomb is attached to under the UAV’s wings using two rings. The main difference between Sadid-342 and Sadid-1 missile is these two things. The wings of the bomb are not different from the Sadid-1 missile, and the wings are folded into the body.

The Sadid-342 bomb has been produced in three types of television, infrared and thermal guidance.

Due to the removal of the main engine in this bomb, more explosives can be used without much change in the weight of the bomb. It can be considered that the Sadid-342 bomb will probably be the same weight as the Sadid-1 missile. Removing the main engine will reduce the range of this bomb, and its range can be predicted to be about 3 km if released at a height of 5 km.

Possible specifications of Sadid-342 glide bomb:
Diameter: 15 cm
Length: 116 cm
Missile weight: 18.5 kg
Warhead weight: 7 kg, probably twice as much as Sadid-1 missile (there is a possibility of reducing the weight of the warhead and increasing the range)
Warhead type: Shaped charge
Packed missile weight:: 42 kg
Range: 3 km if released from a height of 5 km

3- Sadid-345 glide bomb:
Iran’s experiences in using Sadid missiles and bombs in the Syrian war led to the production of a new type of Sadid bombs. Sodid-345 was also showcased in the exhibition of achievements of the Islamic Revolutionary Guard Corps in 2014.

In Sadid-345 bomb, the front wings have become fixed wings and it is designed in a way that brings the maximum amount of lift to drag ratio. But the rear wings are still folded.

It should be noted that the only member of the Sadid family which its specifications have been officially announced is the Sadid-345 glide bomb.

According to the specifications of Sadid-345, this bomb is suitable for attacking gatherings or radar equipment and enemy artillery personnel. This bomb has three types of guidance, one of which is television guidance, the accuracy of which is the lowest and its error is 5 meters. Clear air is needed to receive television quality images and this is a very big limitation for this bomb.
But there is also a type of laser guidance, which the error rate is declared to be 2.5 meters. Laser guidance also loses its effectiveness in dusty and foggy weather conditions.
The third type of conventional guidance on this bomb is guidance with an IR seeker, which has brought an accuracy of 2.5 meters, which is a very good number. In addition, the thermal seeker can be used in all weather conditions.

The warhead weight and the range of Sadid-345 bomb have not been announced. Considering the 470 mm increase in the length of the Sadid-345 and the increase in the weight of the bomb by nearly 15 kg, about 20 kg of explosives can be considered for this bomb. It should be noted that in the above calculation, the increase in the weight of the wings is considered equal to the removal of the engine and its fuel consumption. Of course, a variant with the name Sadid-362 is mentioned in some sources, which must be the same as Fatah 362, which is the Sadid-1 missile.