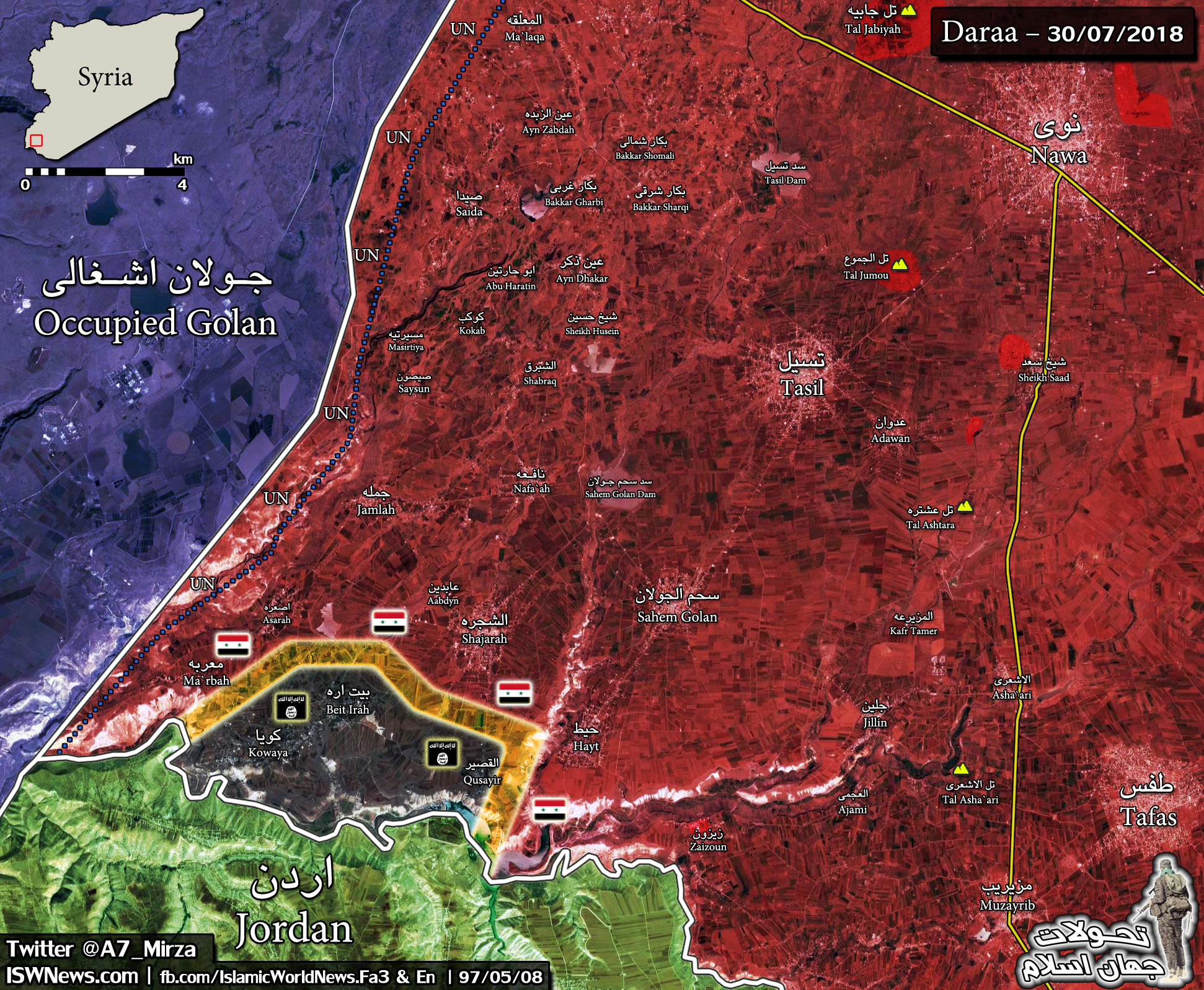 Islamic World News Analysis Group:Following up with SAA advances against ISIL terrorists in southwest of Daraa province, the village of Shajarah liberated.

Also the Syrian army liberated the villages of As`arah & Maraba, which are near the border of occupied Golan, from the hands of ISIL.

Bombardment of ISIL positions around Beit Irah continues, and in near future we will see the complete liberation of Daraa prvoince from ISIL terrorists.