The Incipient of Security Operation by Syrian Army in Suwayda Suburbs to Clear the Region from ISIS Cells. 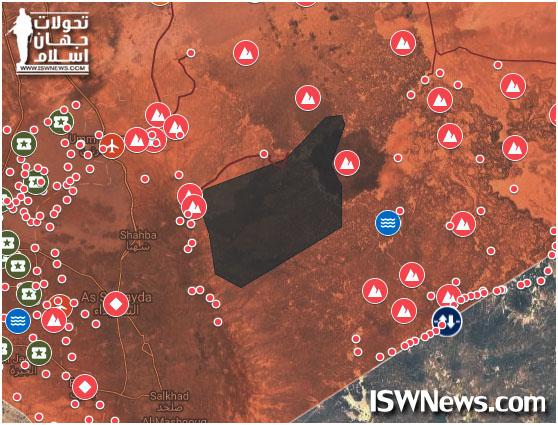 In recent weeks, some units of the Army who participated in liberation of Daraa and Quneitra provinces, are transferred to Suwayda to help with clearing.

So far there is not a significant ground advance but artillery units and Air Force are attacking positions of ISIS in east of Suwayda.

Previously the aforementioned regions were declared liberated by Syrian Army but later with the agreements with ISIS in Damascus Yarmouk camp and evacuating them to deserts of east of Suwayda, it turned out that the Army’s declaration was not correct or the regions were not properly cleared and stabilized or even ISIS terrorists infiltrated there after the Army’s operation…

In any case, the operation to stabilize the region has started and it is expected to clear these deserts once forever from ISIS terrorists.

P.S. The number and infiltration amount of ISIS in east of Suwayda is not known and in the online map it is shown approximately; after receiving more information, it will be updated.