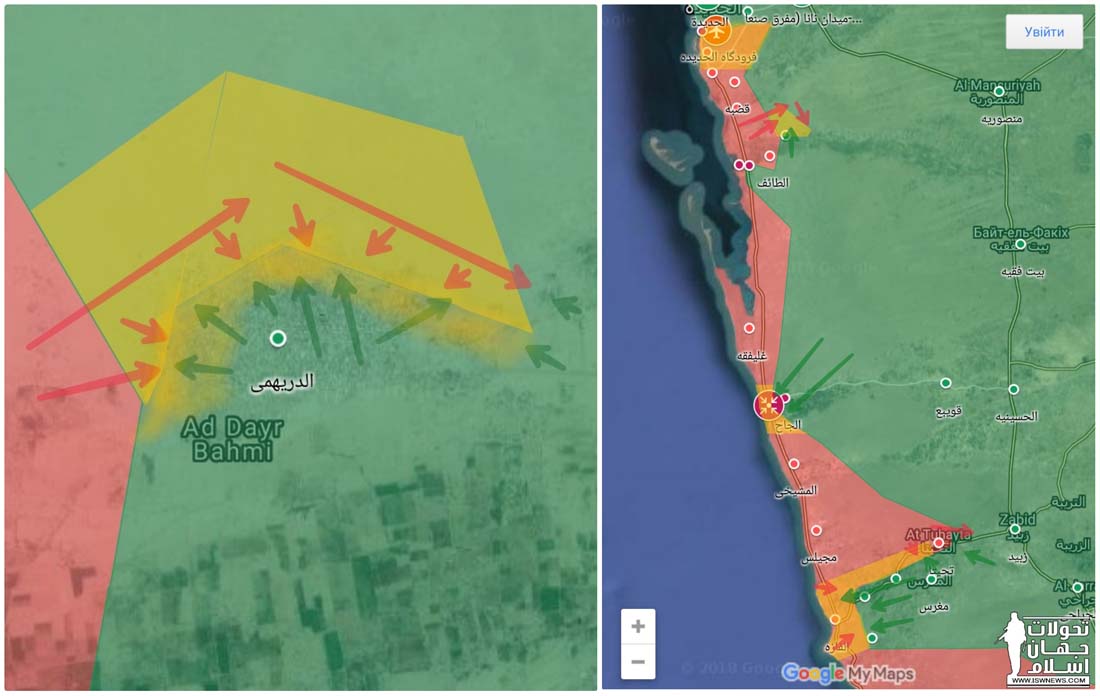 In this map, the latest situation of southern Al-Hudaydah and Ad-Durayhimi town is specified. UAE-led forces in Ad-Durayhimi are stopped.

Yesterday, in an airstrike by Saudi-led coalition aircrafts, 31 of Ad-Durayhimi locals were martyred, which 22 of them were children and 4 women.

Al-Jabalia region, southwest of Al-Tuhayta, is under the control of Ansarallah, and still Ansarallah’s fire in this region on Al-Fazzah and west coast road, continues.

The clashes in countryside of Hayran continue.

After the retreat of Saudi-led coalition forces from countryside of “Ahem Triangle” and Mahtah, Saudi-coalition fighter jets are bombarding the regions of Hayran countryside, severely.

With respect to extent of clashes, the probability of taking back Hayran and other northern regions of Al-Hajjah, is high.

3. A Badr-1 missile was launched towards Najran.
The Saudi-led coalition said that it was destroyed in the air.

This attack was carried out while the one-sided deadline for ceasefire in Red Sea by Ansarallah, was ended last week.

Saudi-led coalition’s spokesman, confirmed that their ship was targeted and said that it was a trade ship, also claimed that “Islamic Revolutionary Guard Corps” and Ansarallah are the reason for these attacks and Red Sea’s insecurity