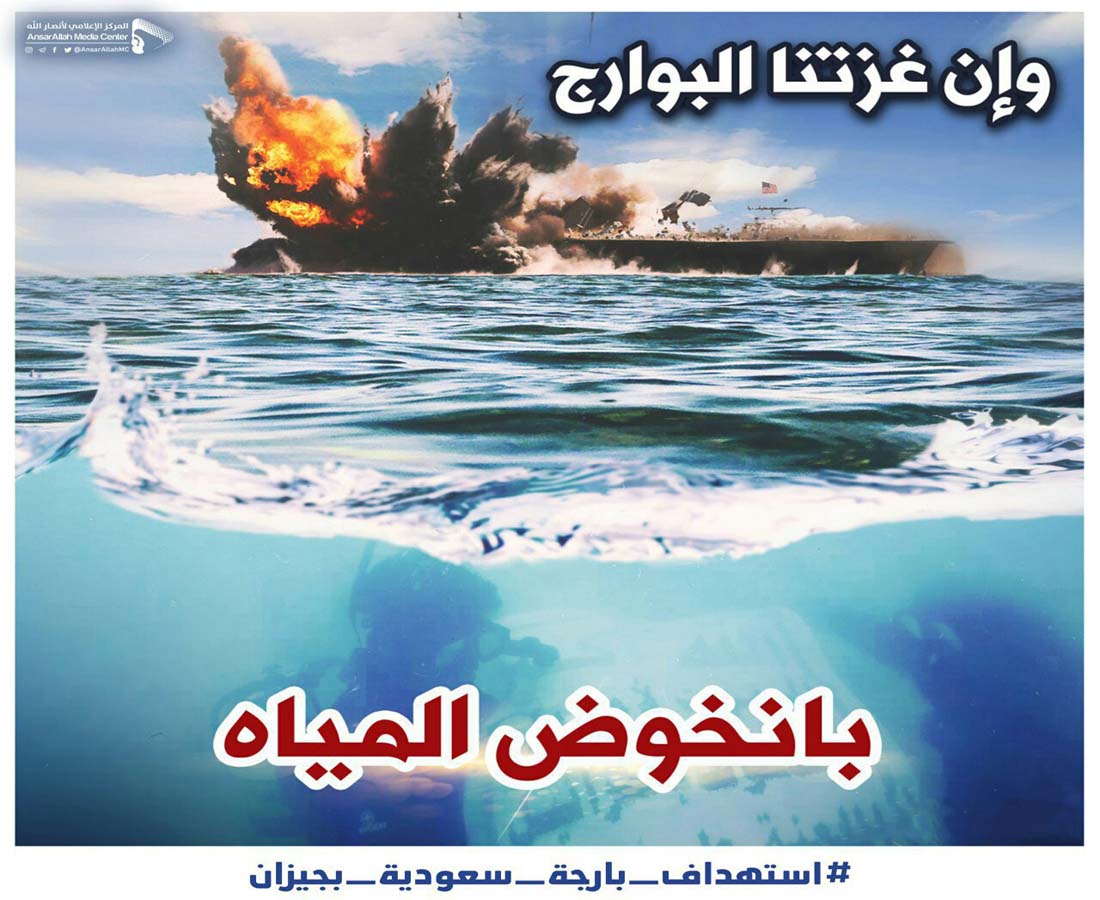 Latest news from Jawf, Taiz, South of Hudaydah and north of Hajjah frontlines

Ansarallah announces this attack as a response to recent Coalition crimes against Yemen fishermen.

This attack was the 9th Ansarallah and Yemeni Army attacks at Saudi ships during past 3 years.

Intercepting a Coalition drone in border heights of al-Dud by Ansarallah.

The persistence of Ansarallah and popular committees in Durayhimi. The contact lines are the same and with continuation of Ansarallah resistance may Coalition forces retreat in near future.

Firing a short range missile to western shores by Ansarallah.

The Saudi-led Coalition forces stopped in al-Ajasher deserts by Ansarallah.

In other Jawf fronts like al-Maslub and al-Motun the situation is remained as before and most of the attacks repelled by Ansarallah.

The attacks of Saudi-led Coalition forces in Sharijah axis.

The goal of this attacks are to capture Rahidah and Hayfan