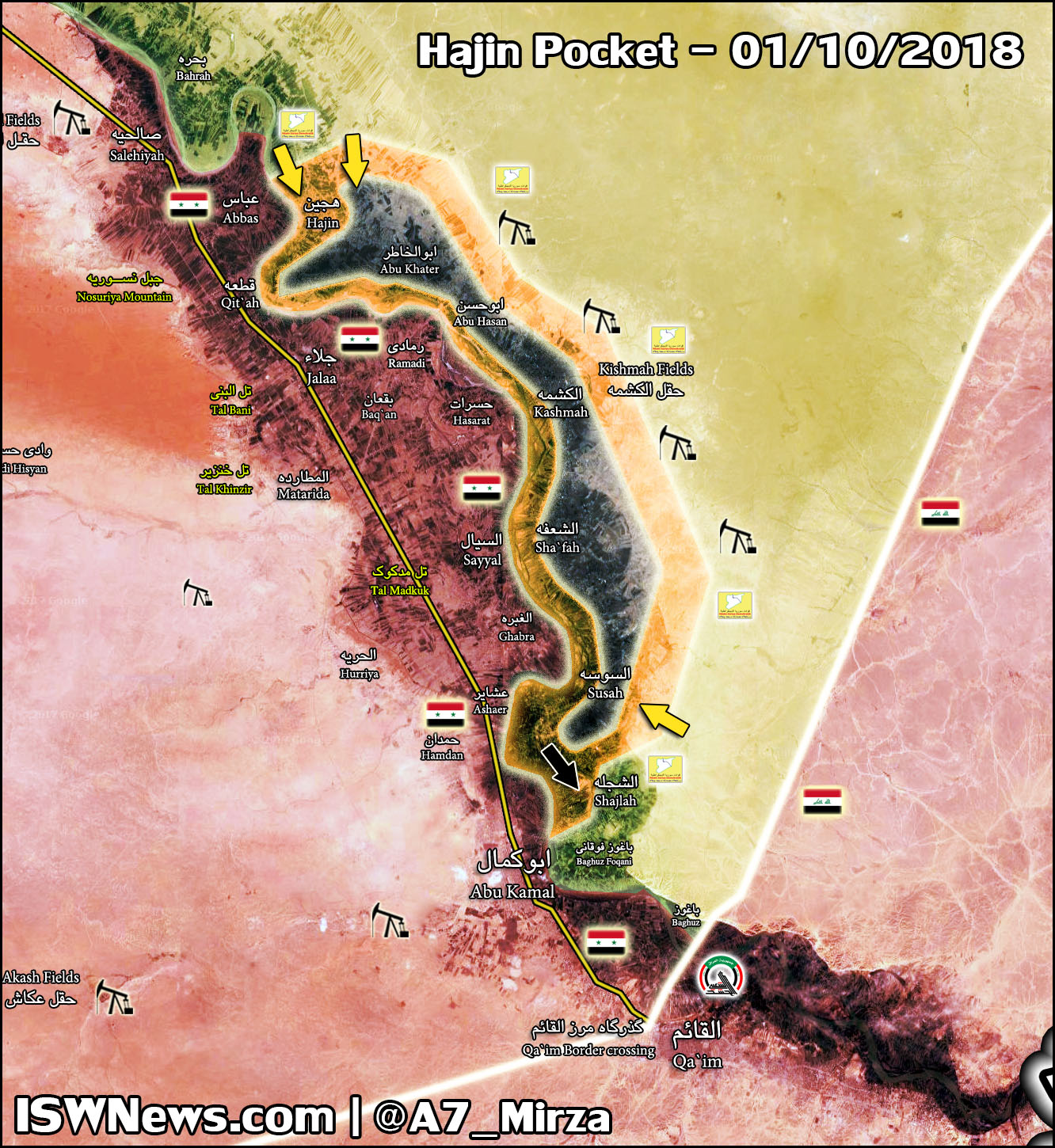 Islamic World News Analysis Group: Twenty days after the start of the last phase of Syrian Democratic Forces operation against ISIS in eastern Euphrates, there are still significant areas under ISIS control and SDF has not succeeded to repel ISIS.

On September 11 the final stage of “Island Storm”(Cizire Storm) operation of SDF with support of Coalition’s artillery and strikes for clearing the remnant of ISIS in Hajin region has begun. Nevertheless, after 20 days from the start of the operation, the advances are slow and shaky.

Over the past 20 days, the Baghuz Foqani and Shajlah have been captured by the SDF, and news about SDF advances on Susah is not confirmed.

On the other hand, ISIS terrorists have blocked SDF advancements with suicide attacks and Baghuz Foqani has become the main contact line of the parties, and the points are changing between sides rapidly.

Also, we do not see any significant advances in the northern axis around Hajin, and this is a contradiction to what the United States and the SDF have been saying about domination on the region.