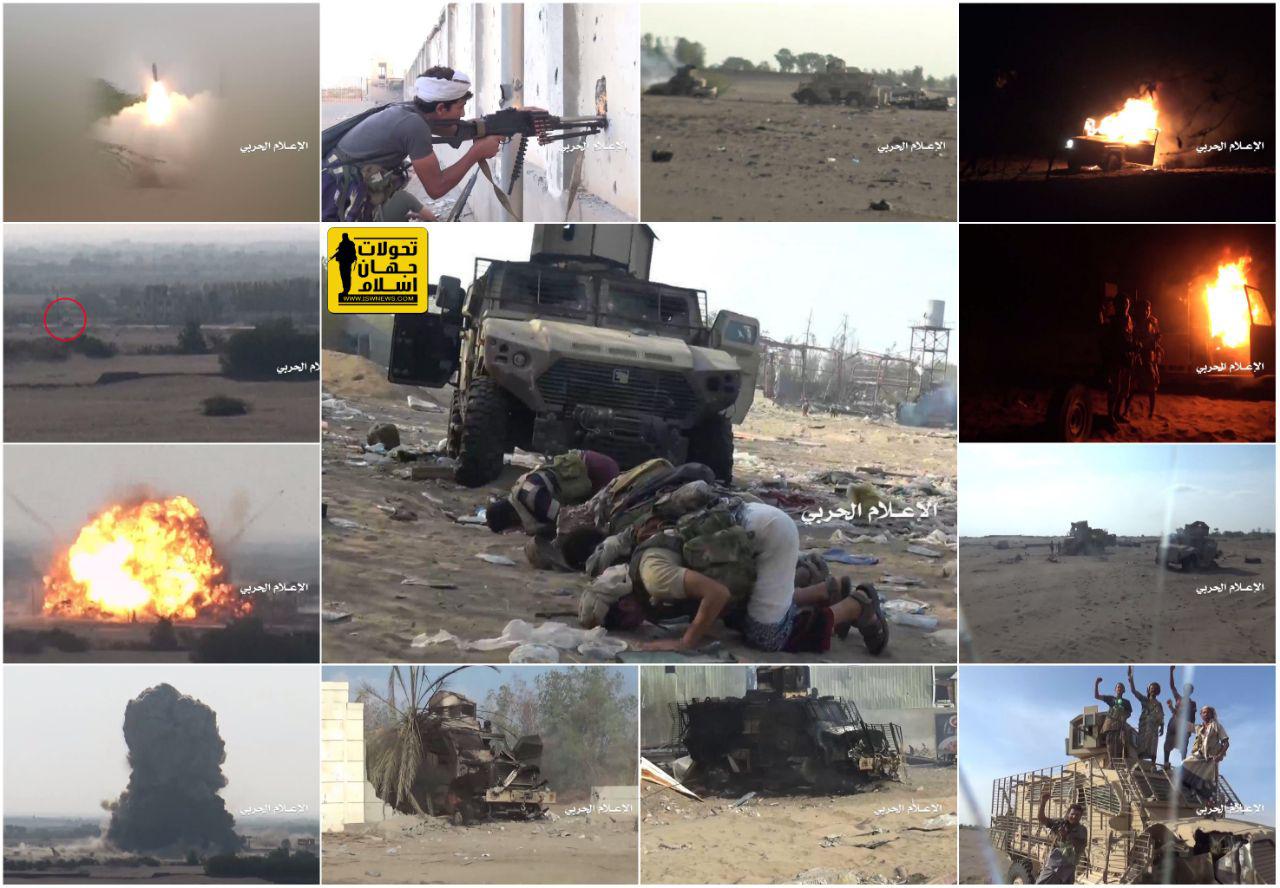 1. Al Hudaydah:
Due to AnsarAllah operation in south of Nana square and eastern road of al Hudaydah, in addition to heavy casualties of Saudi Coalition, eastern road is cut and AnsarAllah took position in Qaws al Nasr and seven km from the road.

Therefore reclaiming the eastern road of al Hudaydah by AnsarAllah is not correct yet.

Misna village (south of Nana square) is in control of AnsarAllah and Saudi Coalition retreated from it.
Heavy attack by Saudi Coalition to al Hudaydah university and southern strip of Rabsah neighborhood by support of Apache helicopters and Coalition fighters have not achieved anything.
AnsarAllah attack to gathering point of Saudi Coalition in south of Durayhimi and east of Tuhayta.

Heavy bombing of al Hudaydah and Beit Faqih by Saudi Coalition fighters. According to latest news, 21 are martyred and 9 wounded in Beit Faqih.

3. Intercepting and destroying a Saudi Coalition surveillance drone in Wadi Jarah region at the border of Jizan.