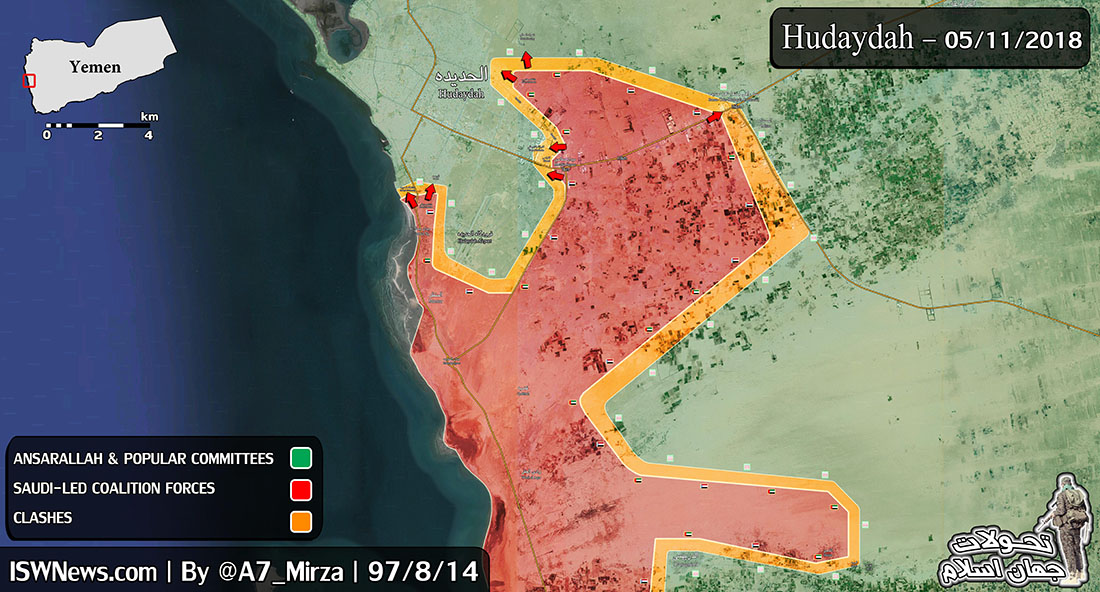 Coalition forces could not occupy the university so far.

Thus, the university and airport are still under control by AnsarAllah.

2. Eastern axis:
Eastern road “al Hudaydah-Sanaa” is cut and Matahin square (east of al Hudaydah) and engineering school (northeastern suburb) occupied by coalition and engagements in Road 50 and Saleh housing and eastern part of city.
Nana square(16 km) is under control by AnsarAllah and Coalition has passed Qaws an Nasr and took position 2 km from the square.