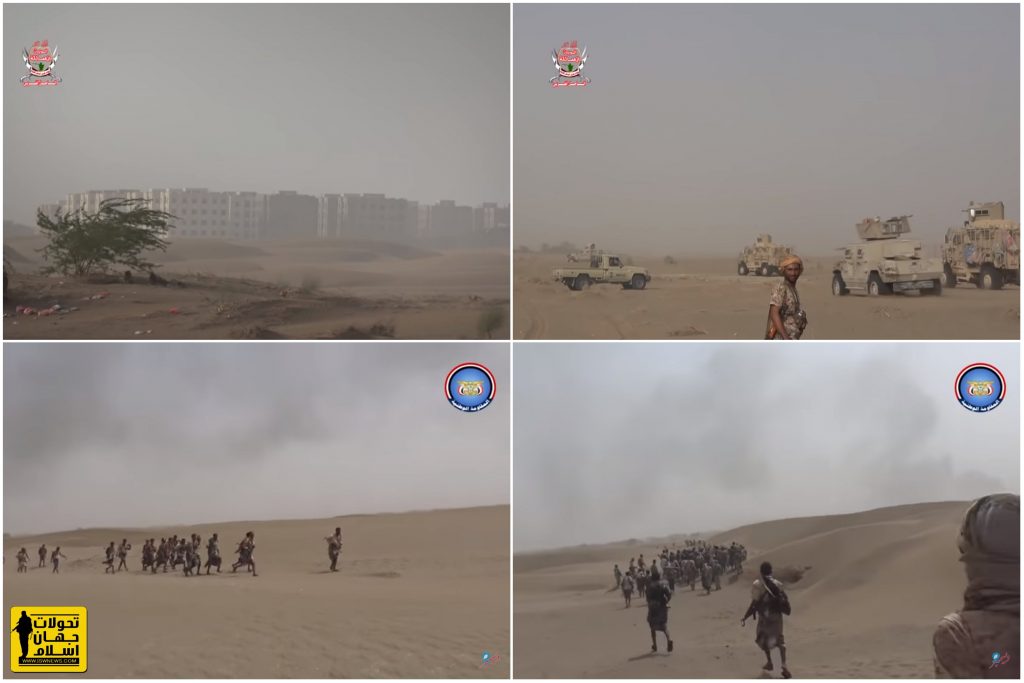 1. Al Hudaydah:
– Coalition forces retreated from Matahin square and brought attacks to Taseen(70) street in northwest of Saleh housing. Saleh housing is under control by AnsarAllah.
Fighters and missiles of Coalition attacked the July 22 hospital in al Khamseen(50) street severely.
– Coalition recent advance are mainly in eastern rural areas and less occupied texture of al Hudaydah and the ground clashes have not reached urban areas. Undoubtedly the goal is to surround the city.
– In eastern axis there is no significant change and Nana square still under control by AnsarAllah and yesterday Saudi Coalition conducted three attacks which were defeated by destroying 13 vehicles and 30 killed and 50 injured.
– In southern front no significant change, only sporadice fire exchange was reported.

2. Hajjah:
– AnsarAllah retreated from some northern regions of Haradh and if it continues, the fall of the district is possible soon.
– Ahem triangle is occupied by Coalition forces and attacking point is toward south of Haradh.