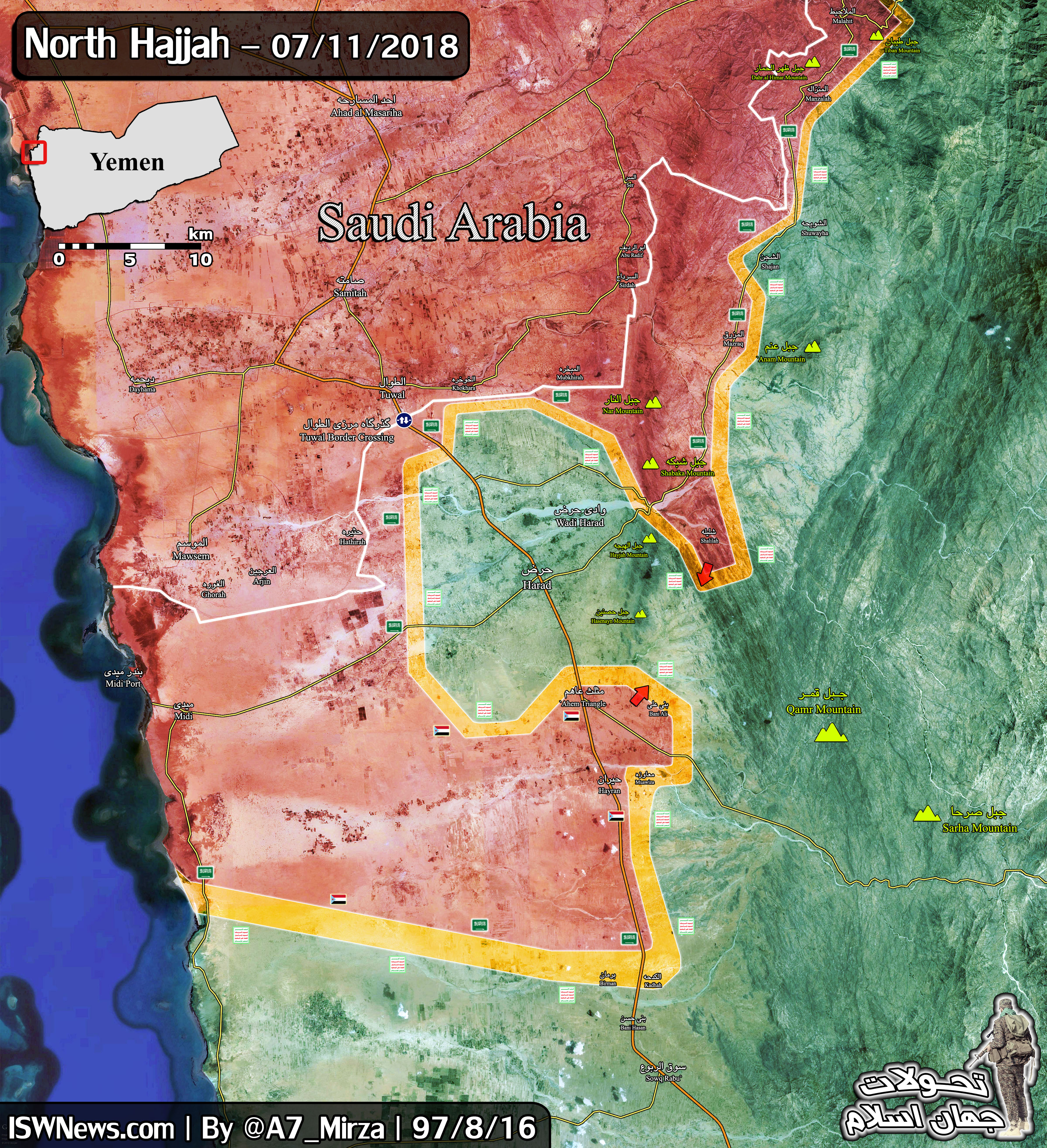 Saudi Coalition at the same time with operation in al Hudaydah intensified operation in Harad axis in north of Hajjah province.

In the last few days, Saudi Coalition forces could occupy regions such as Majbariyah, Shalilah and Wadi Shalila by passing through Nar Mountain.
On the other hand Ahem triangle and regions from northeast of Hajjah such as Bani Ali and Hasimiyat are occupied by Coalition.
The goal of the operation in these two axes are to cut all roads to Harad and surrounding it.

There are engagements in Hayjah and Hasenayn Mountain until northeast of Hayran and Ahem triangle.

In southern Hayran axis Saudi Coalition advanced until near Bani Hasan but AnsarAllah forces could stop them in Barman and Kadha regions.