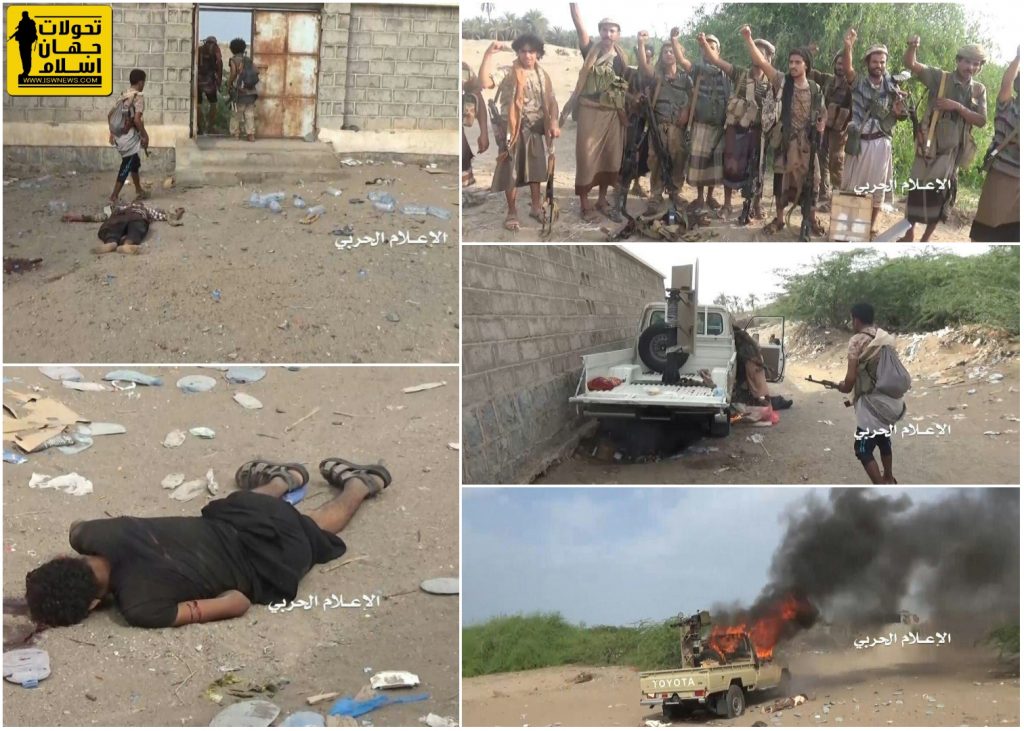 AnsarAllah reported to defend and declined any Saudi Coalition advance in these axes.

Saudi Coalition after ground advances are hindered in al Hudaydah, increased their ground attacks in Taiz and Baydha battles.

4. Hajjah:
Engagements near Ahem triangle but Saudi Coalition could not advance in this axis.

6. Under Saudi and Emirates pressure, Almasirah network (AnsarAllah media) is halted on Nilesat, however it came back under new frequency.