Are AnsarAllah Missiles Made in Iran? Part Two 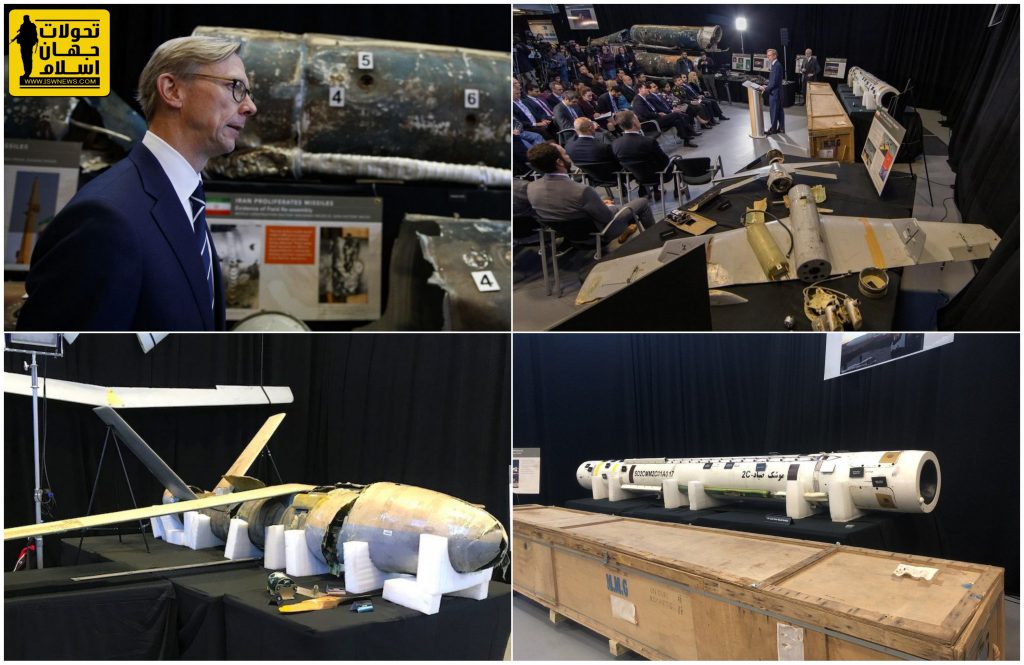 US and Saudi media controversy again about It missiles which is not new, this time hosted by Brian Hook than Nikki Haley.

You can read first part here: Are AnsarAllah’s Missiles Made in Iran?

In this meeting, wreckage of a missile are shown and Americans proclaim it is from Iranian Sayyad 2 missile and was used by AnsarAllah against Saudi Coalition in Yemen.

It was also mentioned that Shahed 123 drones not only used by AnsarAllah but also by Taliban in Afghanistan!

Brian Hook host of the show is the head of Iran Action Group (IAG).
One of IAG tasks is to fabricate stories to impose more sanctions on Iran and to give consultant to other countries and direct sanctions against Iran, according to Trump’s Government policies.

This program which was held for the second time is under the same policy and Americans by showing wreckage of a Sayyad 2 missile and Shahed 123 UAV trying to show Iran hostility to justify their support for criminal Saudi Coalition in war against Yemen.

According to the experience from Nuclear Deal process, under these circumstances, taking the right stances and saying proper words by Iranian politicians about helping Yemeni people and Iran’s missile and UAV power have great influences on the imposed sanctions and the world coalition against Iran.
Iran helping Yemeni poor people and their defendant, i.e., AnsarAllah is the new pretext of Western countries for a new political show against Iran to weaken Iran’s missile power.