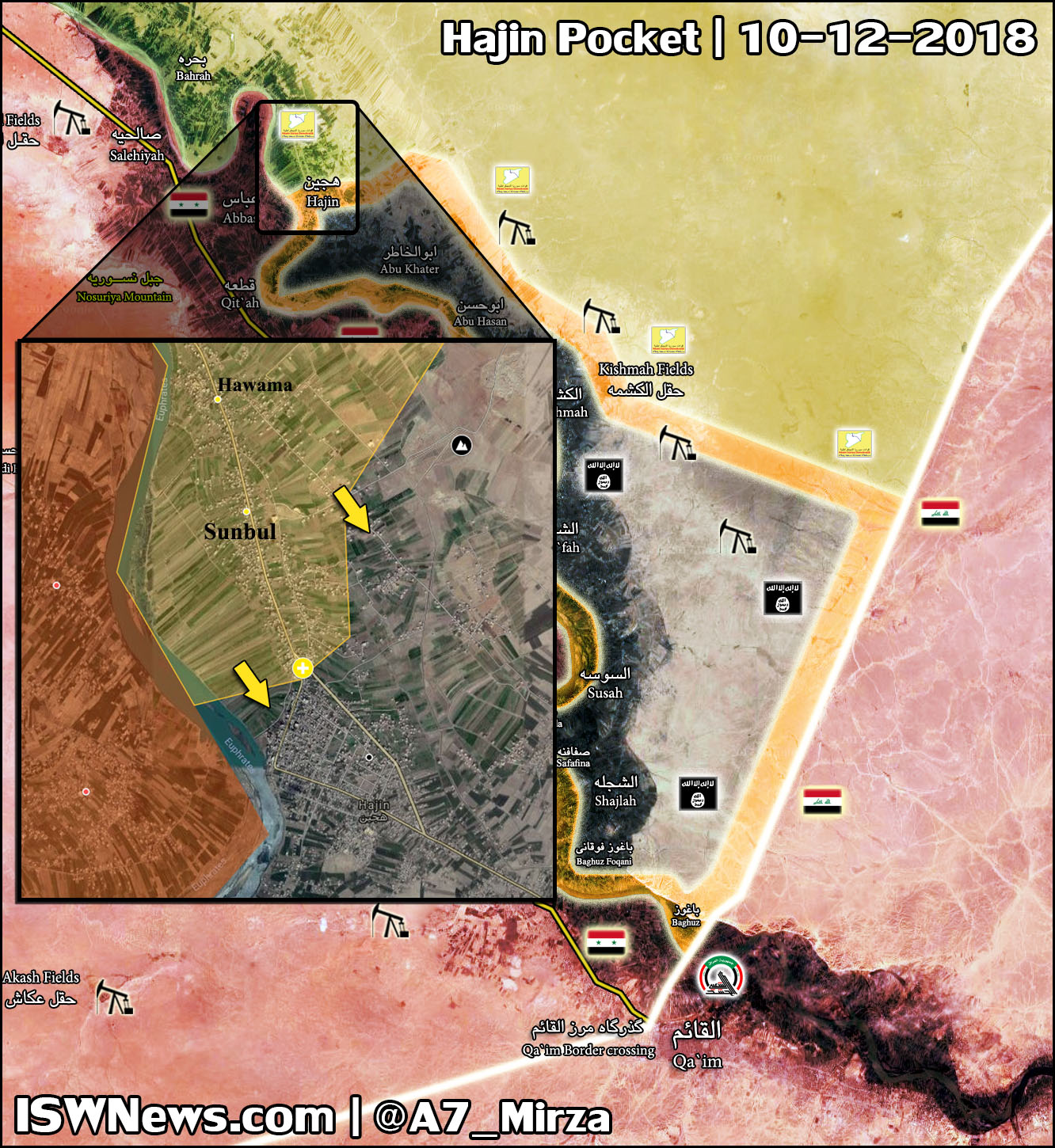 The operation in Hajin axis has been intensified in the last five days and under US Coalition heavy aerial support, SDF advanced in different axes inside the town.
The main advance took place from north of Hajin and Hawama and Sunbul neighborhoods were captured by SDF.

According to Kurdish sources, SDF released 1000 of Hajin inhabitants during their advances.

Later on the engagement reached the hospital and ISIS tried several times to reoccupy the lost areas but precise bombing by Coalition fighters to their vehicles and troops prevent ISIS to do so.
Finally last night after heavy engagements and surrounding the hospital, ISIS terrorists were forced to retreat from the hospital.

At the moment engagements between SDF and ISIS is continuing inside Hajin and US. Coalition fighters are bombing Hajin, Baghuz, Kashmah and Sha’fah areas severely.