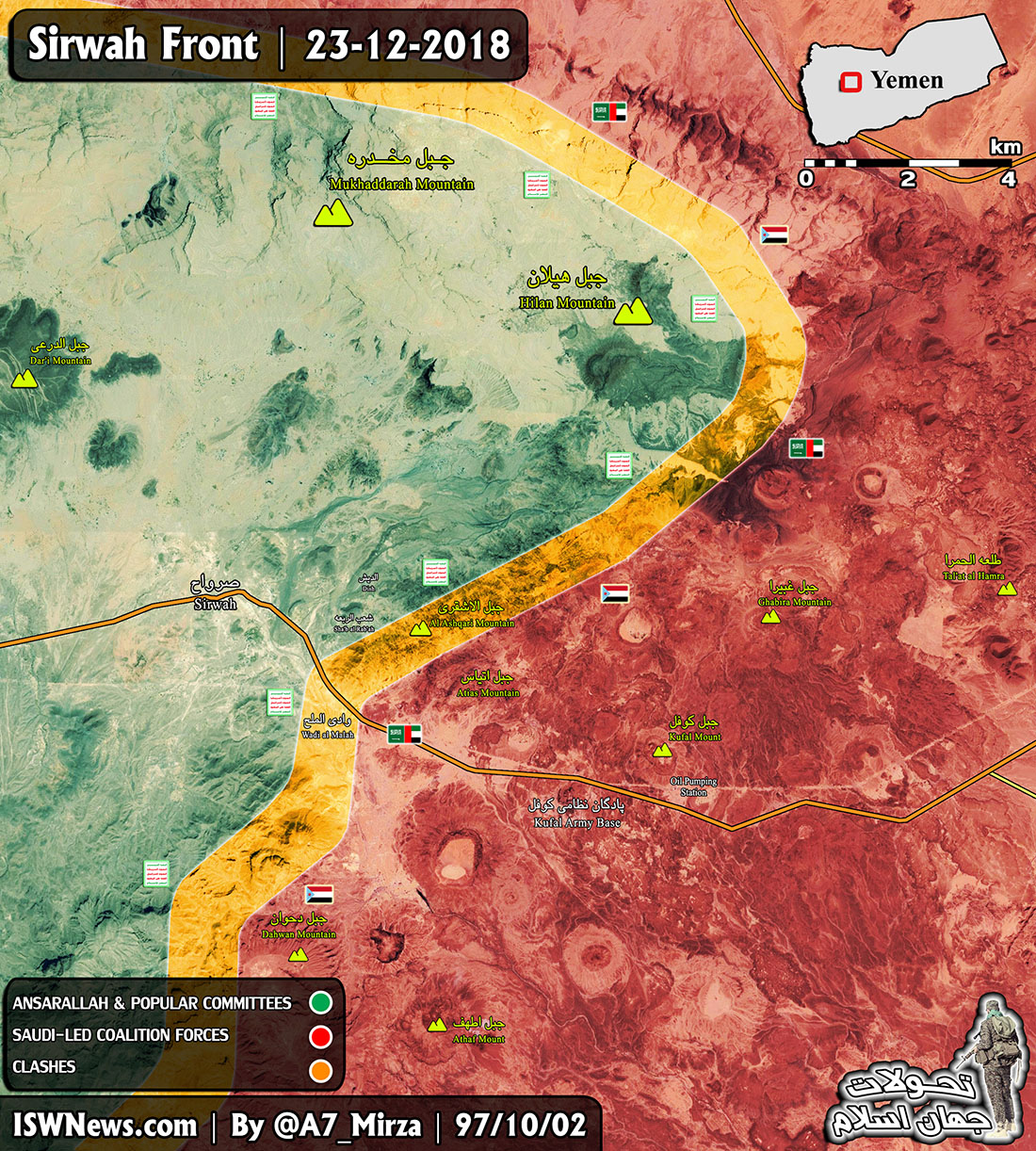 At first AnsarAllah could advance in some of the regions occupied by the Coalition but then under close support of Coalition fighters and reinforcement, AnsarAllah attacks defeated and most of claimed lands were occupied again by Coalition.

Considering the area’s terrain and concentration of Saudi Coalition troops in mountainous region north of road Sirwah-Marib, one of the main routes to reach Marib is to advance in areas south of Sirwah-Marib road.
Therefore most of AnsarAllah and popular committees attacks are pointing in this axis and images and reports by Saudi Coalition media from reoccupied regions in Athaf and Dahwan mountain confirm it.