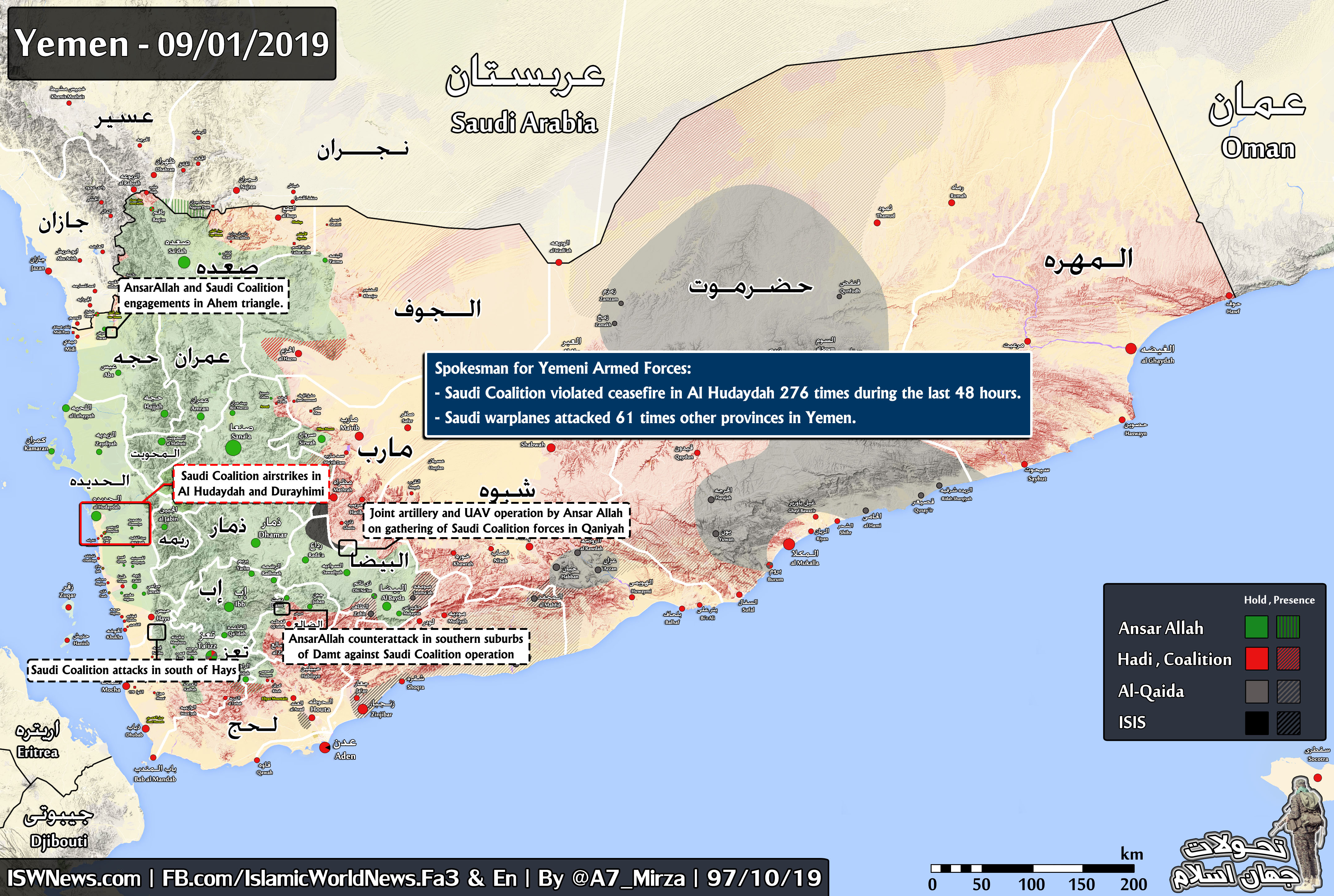 Joint artillery and UAV operation by Ansar Allah on gathering of Saudi Coalition forces in Qaniyah north of Baydha.