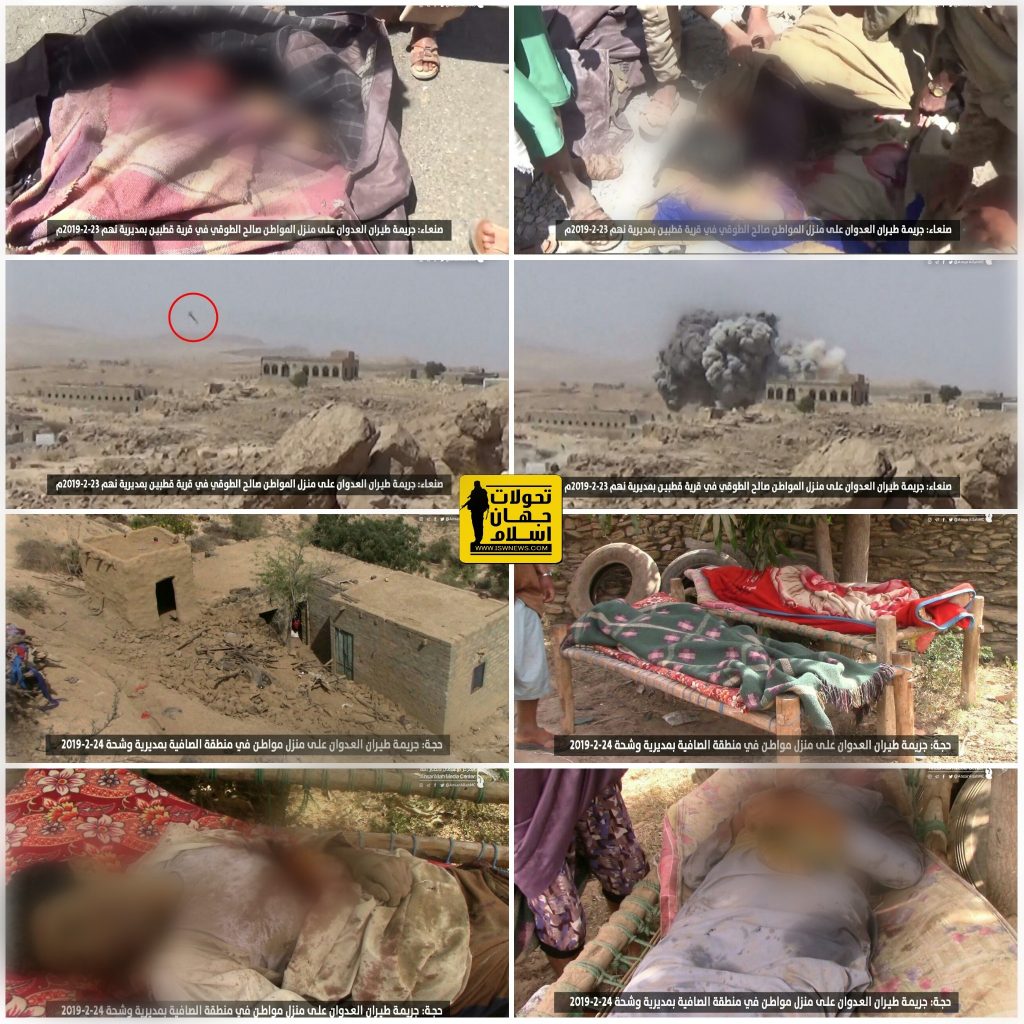 1. British soldiers killed by Ansar Allah:
Some media close to Ansar Allah reported that 9 British soldiers were killed in engagements of north of Saadah,Najran border. Their identities and images have not been reported yet.
Saudi Coalition from the beginning of the Yemen war so far has used ex-military from other countries (European, North and South American) and military firms for consultation and battle, so this is not the first time that there are foreigners among casualties.
Some AnsarAllah media reported there were three Pakistani soldiers killed in the same battle.
We are waiting for details such as images, their IDs or Saudi Coalition confirmation.

AnsarAllah reported it hit accurately and more than 40 troops of Saudi Coalition were killed or wounded.

4. Bombing residents in Washhah district, Hajjah province and Nihm district, Sanaa province resulted in martyrdom of 2 civilians in Hajjah and 3 women in Sanaa.