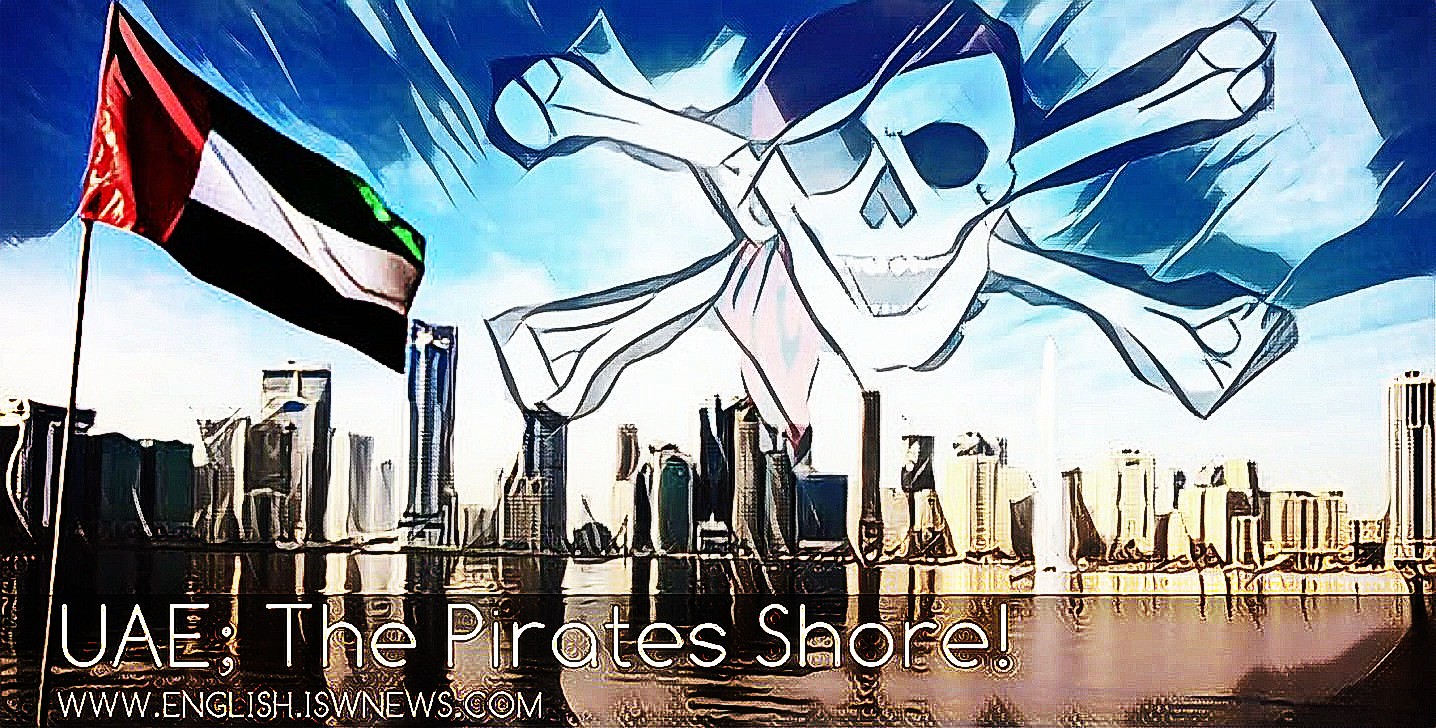 In the history of Iran’s southern shores, from Persian Gulf to Gulf of Oman, were always hosted unexpected aliens such as pirates, colonizers like Portugal and UK, who sometimes consider it their own land.

On 2nd December 1971, British under William Luce as head conducted negotiations with administration of Iran and established a country in Persian Gulf which was famous as home of pirates before.
Immigrant Wahhabis who settled in southern shores of Persian Gulf under due to weakness of central administrations of Iran (Zand, Qajar and Pahlavi dynasties) are now called United Arab Emirates which consists of seven Emirates of Abu Dhabi, Dubai, Sharjah, Ras Al Khaimah, Ajman, Fujairah and Umm Al Quwain.

Emirates Sheikhs (chiefs) are proclaiming to rule over the three islands Greater and Lesser Tunbs and Abu Musa from the incipient and accusing Iran to be occupier and sometimes have supports from the region or around the globe.
But this proclaim considering Iran’s ruling over the aforementioned islands from old maps and documents, its mention in colonizers contracts with Qajar kings and etc., is not true which was rejected in UN Security Council as well.

Authoritarianism and Corruption:
Emirates under support of Britain not only proclaiming of right to rule over the three islands but also supports Iran’s sanctions, assaulting Yemen, condemning Syria and Hezbollah, supporter of Saddam during Iran-Iraq war (Emirates, Saudi Arabia, Kuwait, Bahrain and Qatar donating 50 billion dollars, 1,500 missiles to Saddam and supporting US Navy in confronting Iran), supporter of ISIS financially and military, supporter of Taliban, supporter of General Haftar in Libya’s civil war (sending fighter aircrafts and military equipment), military presence in Afghanistan among others.

Confronting Iran:
The reason behind having such a proclaim is not only limited to the rich oil resources of the islands but also to confront Iran’s rule over south of Persian Gulf and Strait of Hormuz, and since the only maritime route for tankers and large vessels is between Abu Musa and Tunbs islands due to depth of water.
To retaliate Iran’s threat over shutting Strait of Hormuz, Emirates started building a 370 km pipeline to transport Arabic countries’ oil from Abu Dhabi to east of Emirates in Fujairah area. This pipeline can transport up to three quarter of Emirates oil export.
They are building the world’s largest underground oil reservoir in Fujairah(eastern shore of Emirates on Gulf of Oman) with capacity of 42 million barrels of oil with help of South Korea.
Emirates also bought or rented oil reservoirs in India and Japan so if Iran’s threat takes place nothing happens to western masters’ oil import.

These plans need huge amounts of time and money which are happening under western countries’ long negotiations with Iran and imposing sanction on it.
Thus, everytime Emirates repeats the proclaim over the islands, western countries’ from Obama’s to Trump’s administration to France’s Foreign Ministry and Arab rulers become excited and support the nonsense proclaims…