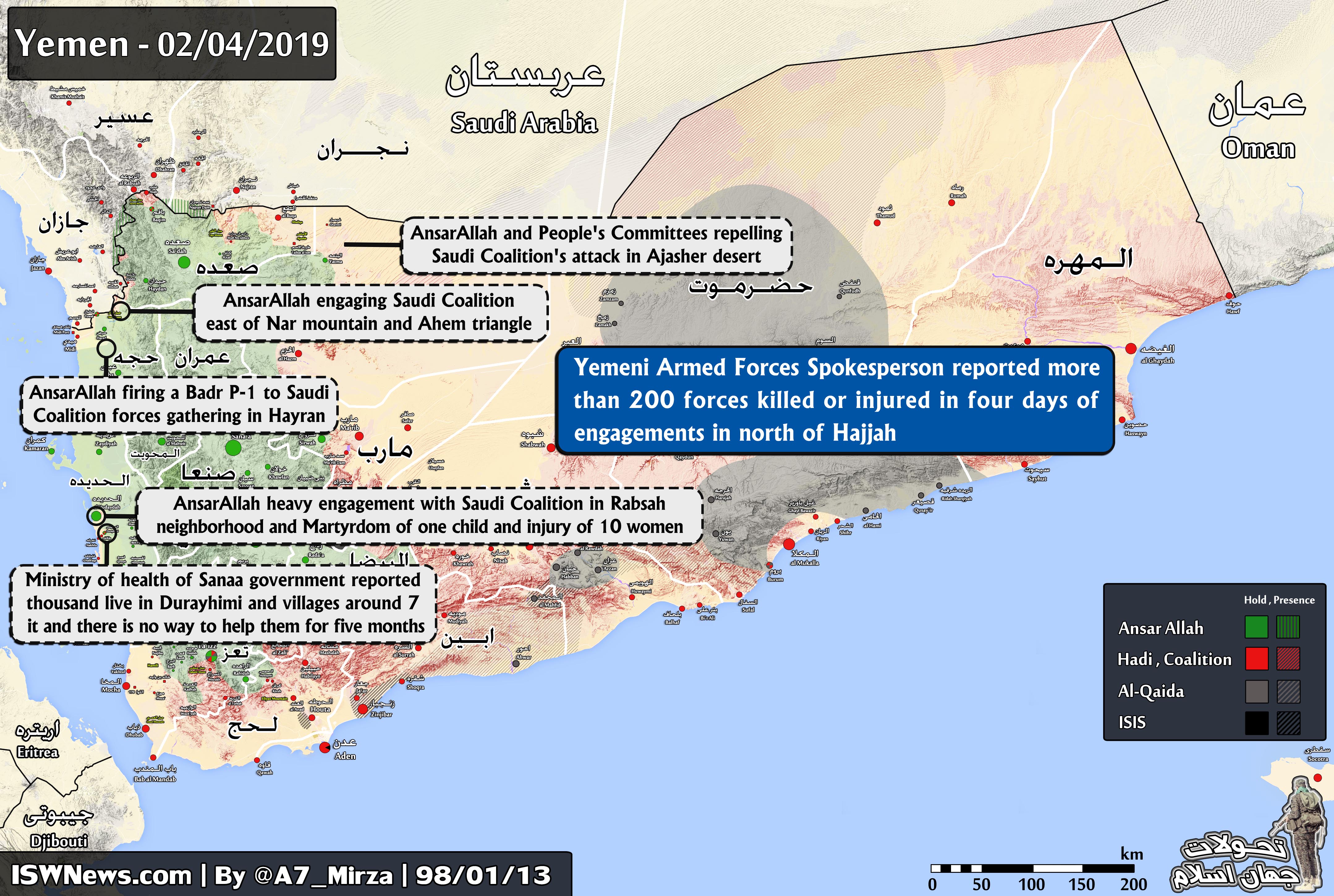 2. Al Hudaydah:
– AnsarAllah heavy engagement with Saudi Coalition in Rabsah neighborhood and Martyrdom of one child and injury of 10 women.
– Saudi Coalition heavy airstrikes and artillery fire on Durayhimi. Roads to Durayhimi are cut and villages are under siege by the Coalition.
Ministry of health of Sanaa government reported 7 thousand live in Durayhimi and villages around it and there is no way to help them for five months.