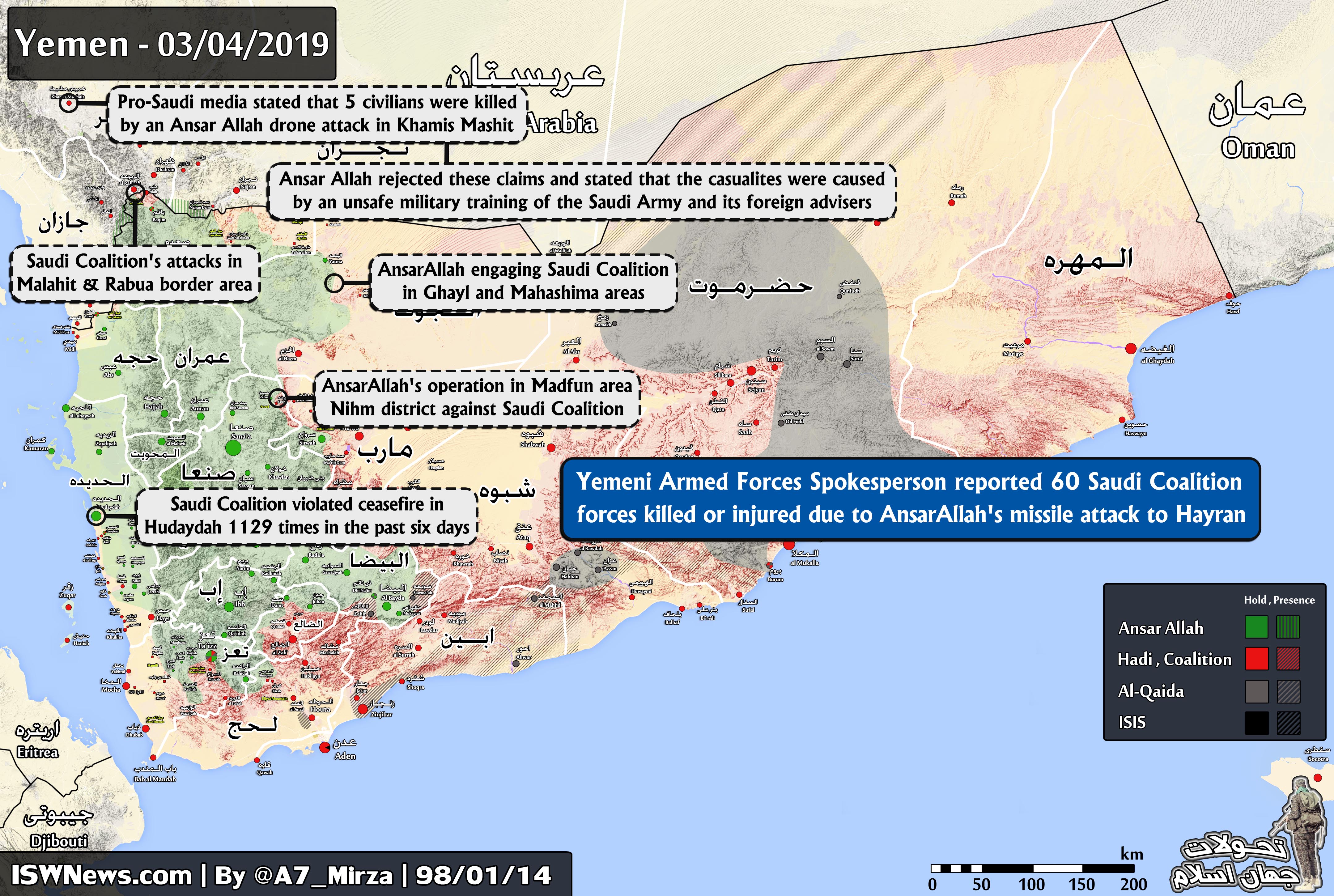 Latest news from Yemen’s frontlines and the unsafe military training of the Saudi Army and its foreign advisers.

1. Khamis Mushait:
– Saudi media proclaiming 5 civilians killed due to AnsarAllah’s two drones attacking Khamis Mushait.
Yemeni Armed Forces Spokesperson:
– Saudis claim regarding drone attack to Khamis Mushait by our forces is false.
– What happened in Khamis Mushait, south of Saudi, was mistakes during troops training by Saudi Army and foreign advisers.
– Our forces announce any operation. In the four years of operation against enemies we have proven we never target civilians and only military targets.

4. The US military announced that it had delivered 8 airstrikes against al-Qaeda targets in Yemen.