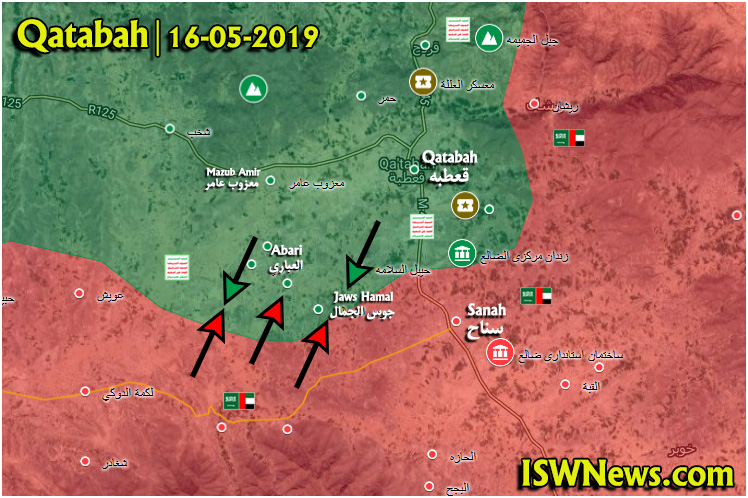 ISWNews Analysis Group: In the last 48 hours, Qatabah city and Sanah were severe battlefield between AnsarAllah and Saudi backed forces.

Media close to Saudi Coalition proclaimed that they advanced in Qatabah and even occupying it and Jos al Jamal area to Al Abari. However no evidence has been shown to prove it.
Some released footages are from Sanah and not Qatabah and the news that commander of Saudi Coalition with Shalal Shaie’ have entered Qatabah is also fake.

On the other hand, Ansar Allah’s media do not show any clear footage from Qatabah battles.

Nevertheless, our sources from Yemen denied Ansar Allah retreating from Qatabah city and reported Qatabah situation is good. Confrontation is hit and run and the city is almost empty.

Should there be any change in the map, we update it.