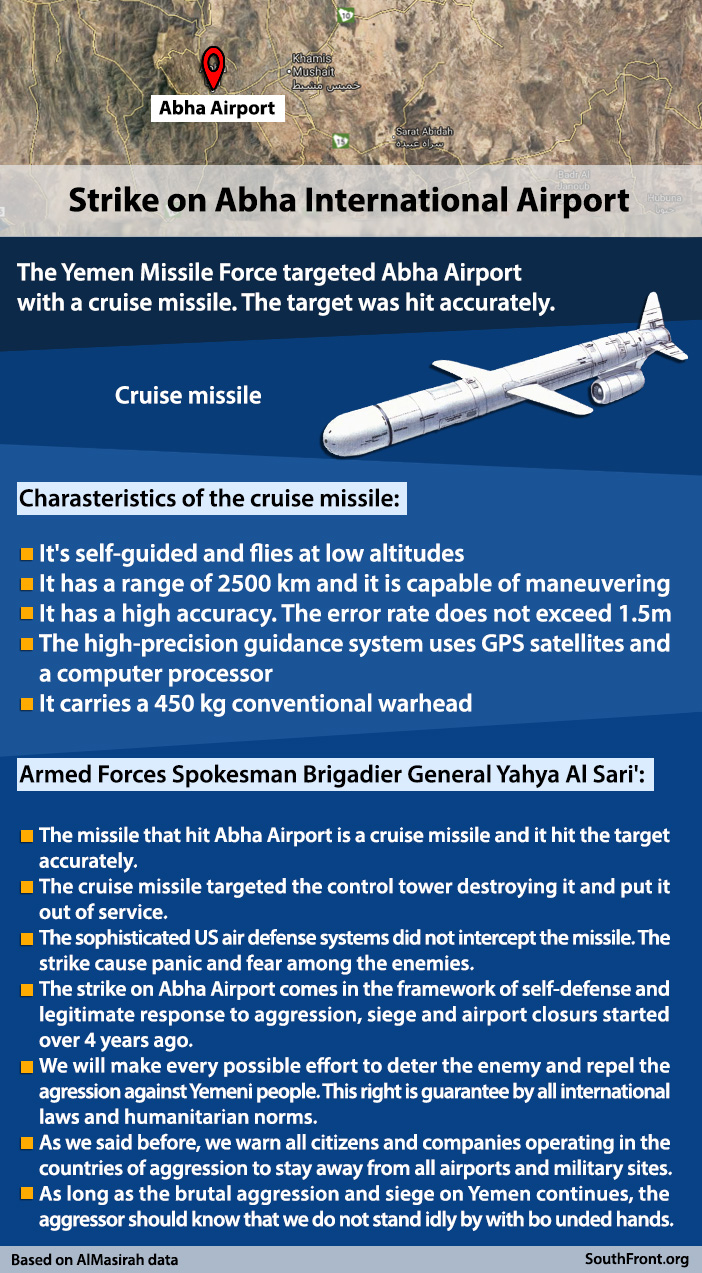 The Yemen Missile Force targeted Abha Airport with a cruise missile. The target was hit accurately.

Charasteristics of the cruise missile:
▪️ It’s self-guided and flies at low altitudes
▪️ It has a range of 2500 km and it is capable of maneuvering
▪️ It has a high accuracy. The error rate does not exceed 1.5m
▪️ The high-precision guidance system uses GPS satellites and a computer processor
▪️ It carries a 450 kg conventional warhead

Armed Forces Spokesman Brigadier General Yahya Al Sari’:
▪️The missile that hit Abha Airport is a cruise missile and it hit the target accurately.
▪️The cruise missile targeted the control tower destroying it and put it out of service.
▪️The sophisticated US air defense systems did not intercept the missile. The strike cause panic and fear among the enemies.
▪️ The strike on Abha Airport comes in the framework of self-defense and legitimate response to aggression, siege and airport closures started over 4 years ago.
▪️We will make every possible effort to deter the enemy and repel the agression against Yemeni people. This right is guaranteed by all international laws and humanitarian norms.
▪️As we said before, we warn all citizens and companies operating in the countries of aggression to stay away from all airports and military sites.
▪️As long as the brutal aggression and siege on Yemen continues, the aggressor should know that we do not stand idly by with bounded hands.