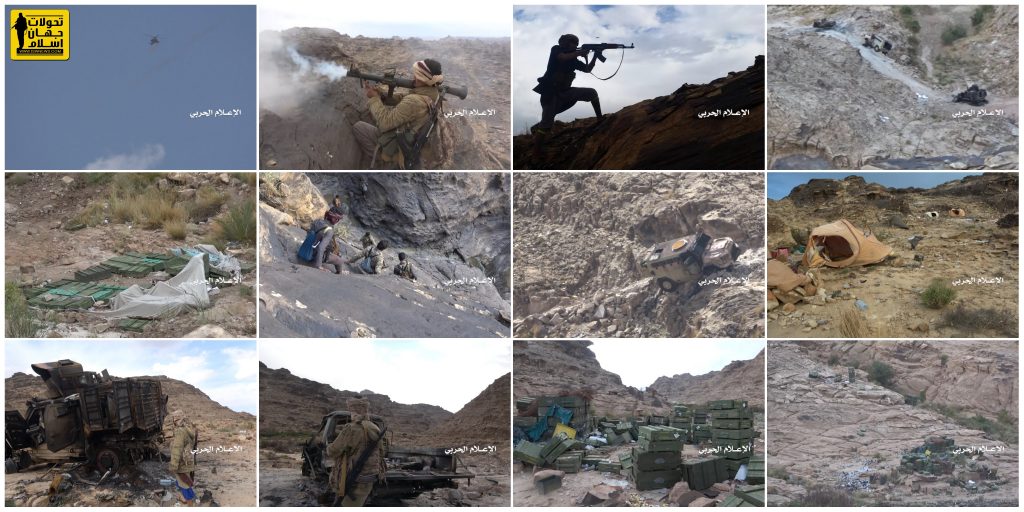 Latest news from domesitc engagements between UAE and Saudi backed forces, frontlines situation in Yemen and details of Ansar Allah’s recent missile attack to Jizan and north of Saadah

1. Jizan:
– Last night Ansar Allah launched a cruise missile toward powerplant in Jizan. Saudi officials confirming hitting the target said there was no casualties, only damages.

3. Shabwah:
– Continuation of elite forces of Nukhbat al Shabwaniay engagement with Mansour Hadi’s forces. According to latest updates from either sides, Mansoor Hadi’s forces after repelling forces supported by UAE claimed Ataq town.
Some chiefs of the tribes of Shabwah province requested both sides to ceasefire.

7. Yemeni Armed Forces requested civilians to be away from military locations and airports in Saudi and UAE, in a statement