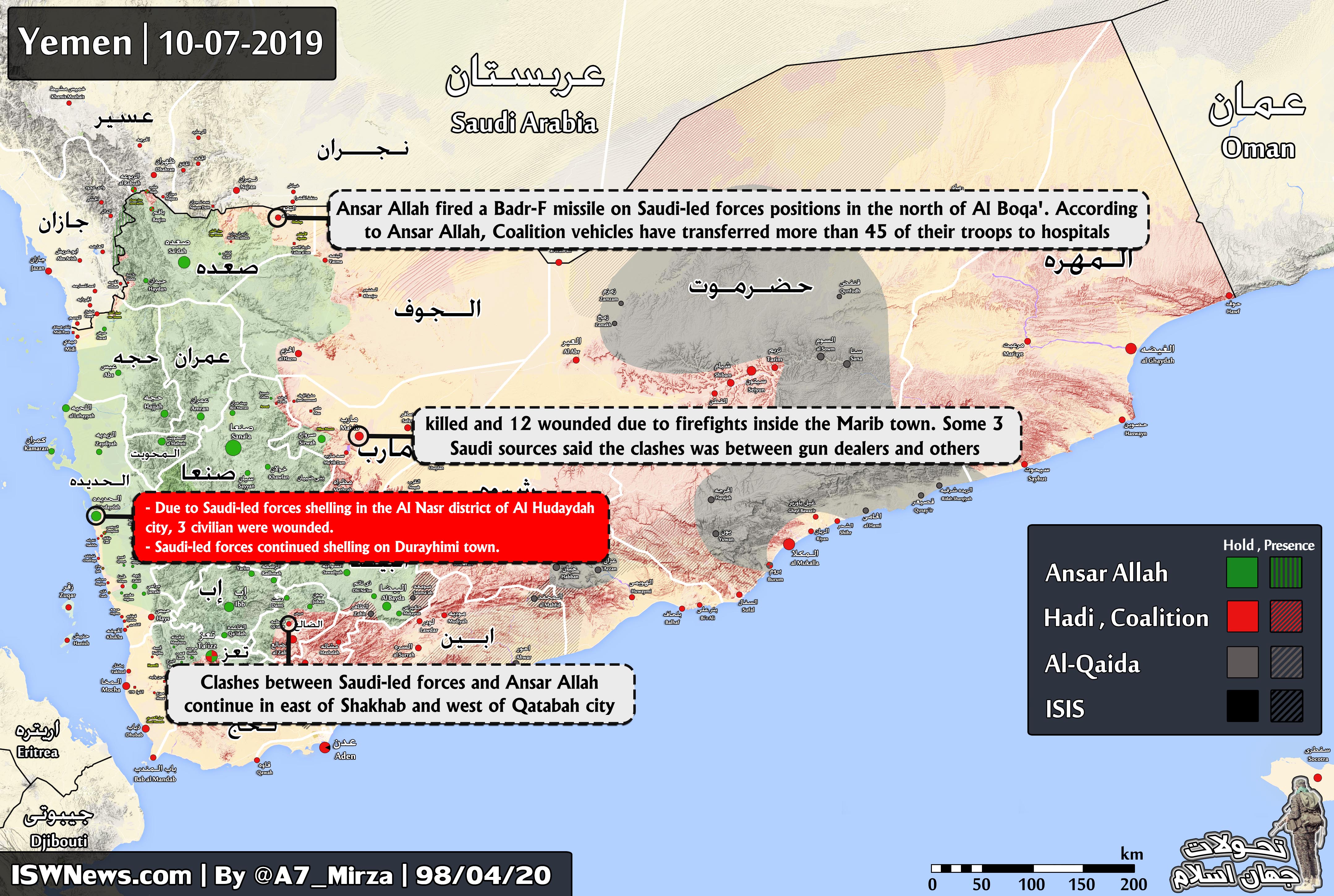 2- Al Hudaydah:
– Due to Saudi-led forces shelling in the Al Nasr district of Al Hudaydah city, 3 civilian were wounded.
– Saudi-led forces continued shelling on Durayhimi town.
3- Marib
3 killed and 12 wounded due to firefights inside the Marib town. Some Saudi sources said the clashes was between gun dealers and others…

4- Dhale:
Clashes between Saudi-led forces and Ansar Allah continue in east of Shakhab and west of Qatabah city.

5- A spokesman for the forces under Mansour Hadi’s command denied the appointment of Tariq Saleh to the command of forces stationed on the western shore.