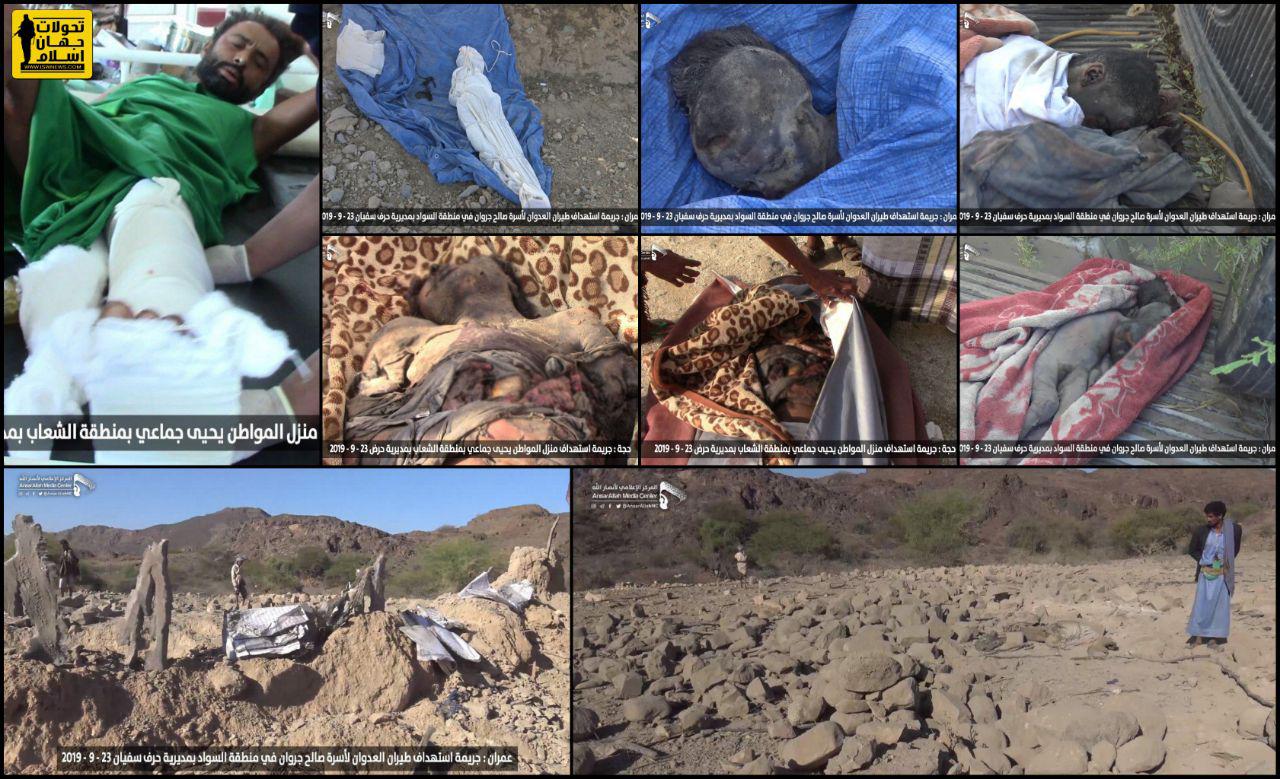 ISWNews Analysis Group: Despite Ansarullah’s ceasefire in the air strikes against the Saudi coalition, Saudi coalition artillery and warplanes continue their attacks on Yemen.

According to the spokesman of the Yemeni Armed Forces, only in the past 12 hours, 42 airstrikes have been carried out by the Saudi coalition warplanes in Yemen, in which 7 members of a family were martyred during the bombardment in Harf Safyan district in Amran province.
3 of them were 3-4-5 years old, one 2 years old and also the mother of the family was pregnant!