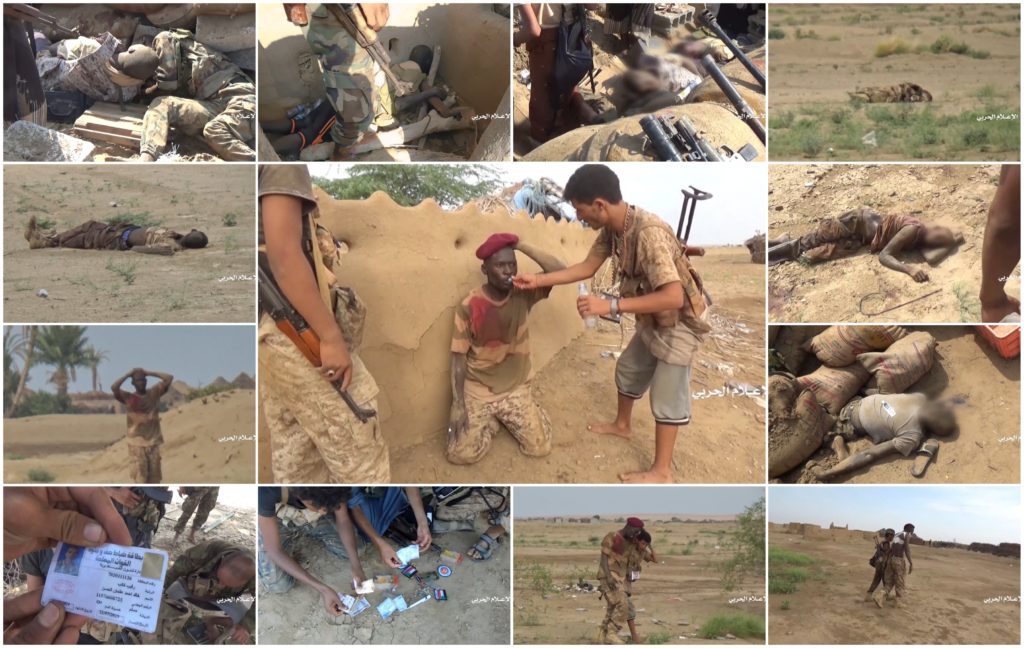 ISWNews Analysis Group: Gen. Yahya Sari’, the spokesperson of Yemeni Armed Forces(loyal to Ansar Allah), explained the situation of Sudanese mercenaries and their casualties in Yemen.

Summary of Gen. Yahya Sari’:
– In total since the beginning of the aggression more than eight thousand Sudanese mercenaries are killed or injured.

– Their casualty is 459 in the following year that 185 of them were killed in the last month.

– Sudanese fight under Saudi in fronts of Saudi border and under UAE in southern and western shore fronts.

– In Majazah area two thousand and in Saqam 600 Sudanese soldiers are present.

– In Aden and Lahij one thousand Sudanese soldiers and officers are present in Ras Abbas, Aden airport and al-Anad airbase.

– Sudanese people have also been deceived like other people of the region and don’t know the truth.

– We ask them to rescue their soldiers by pulling them out from Yemen.

– Assaulting Sudanese forces are legal targets of our army and people’s immobilization.

– Yemeni Armed Forces have the power to hit any military unit of mercenaries even before they reach Yemen’s soil.