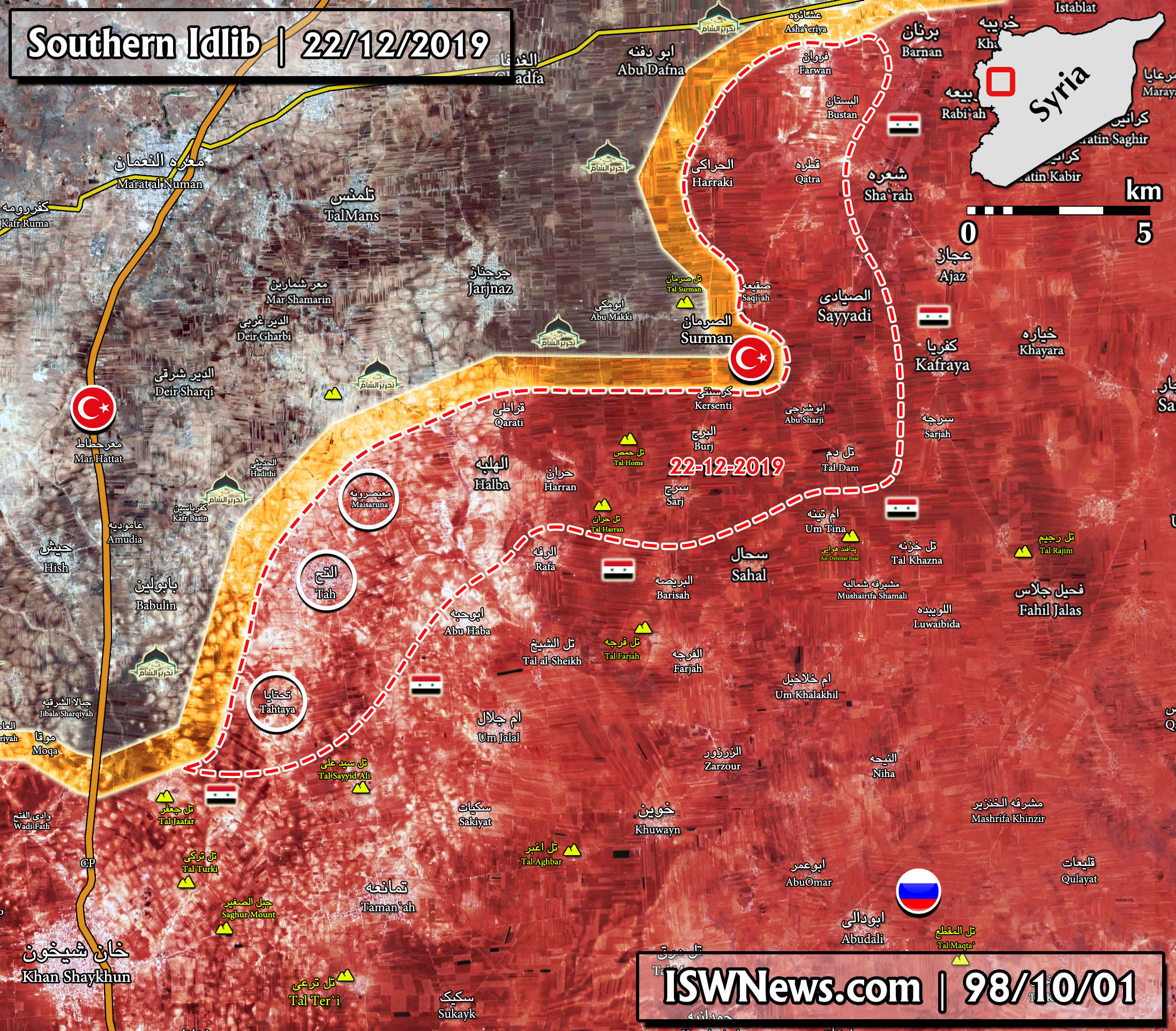 It is noteworthy that the Syrian Army has succeeded in liberating 17 villages and areas in the southeast of Idlib province over the past 24 hours. The militant defensive lines are collapsed and the Syrian Army’s advancements continue at a very high rate.

With these advances, the Syrian Army is just a few steps from the important town of Jarjanaz. Jarjanaz is considered as the gate to the city of Mara’at al-Numan.
According to field information, over the past three days, about 180 militants have been killed in the recent Syrian Army operation in south of Idlib.