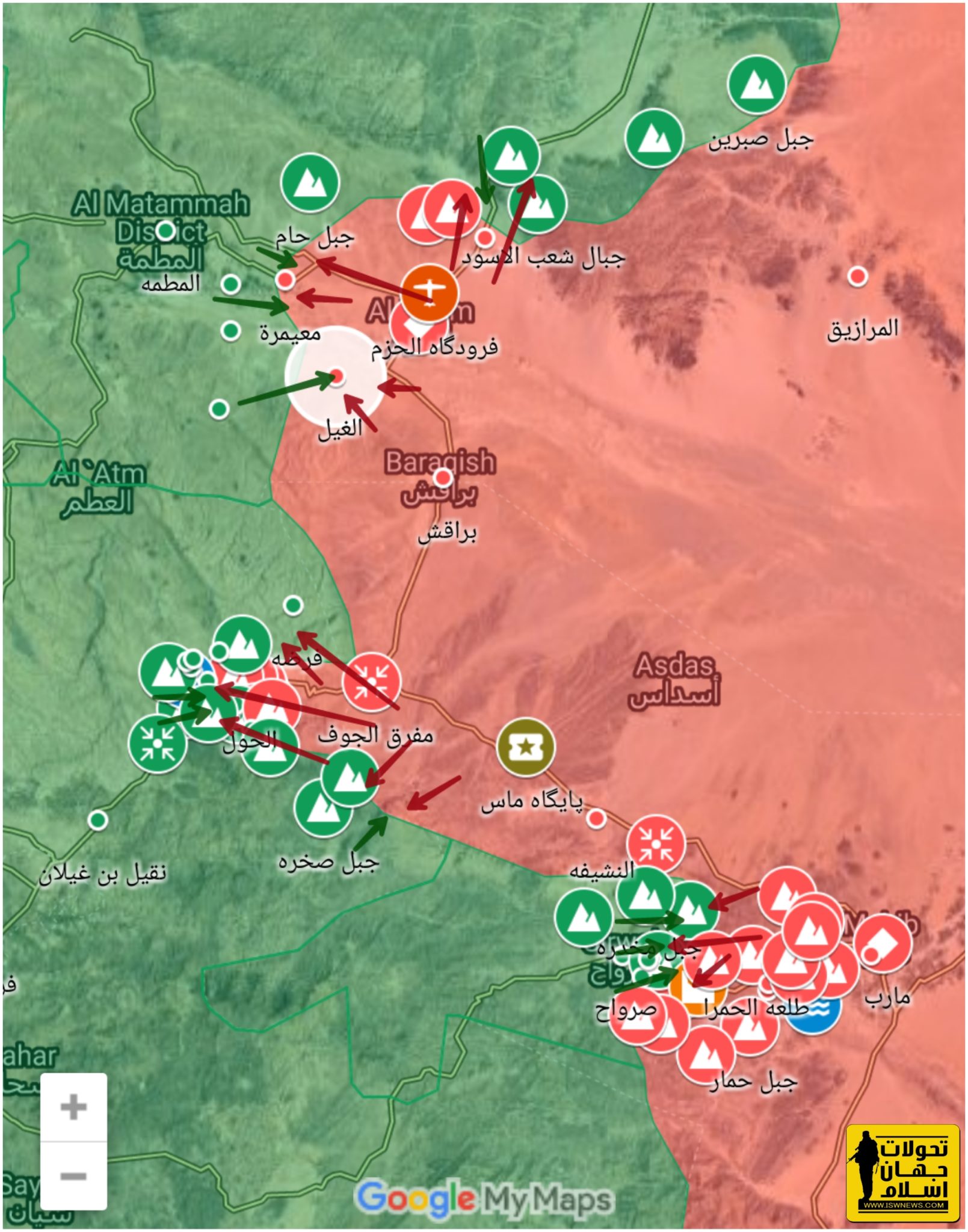 1. Nihm front, northeast of Sanaa:
In this axis Saudi coalition claims to occupy heights Jarshab, Yam, Fardha and Dhabuah which is not yet confirmed without evidences.

3. In other fronts such as Sarwah and Malajim sporadic engagements have been reported. The engagements are in general to make Ansar Allah’s strength busy in eastern front.

In conclusion, the Saudi coalition operation in Nihm front, in despite of their own media proclaims, did not have any achievement yet and the advances can be confirmed only after evidences are shown.