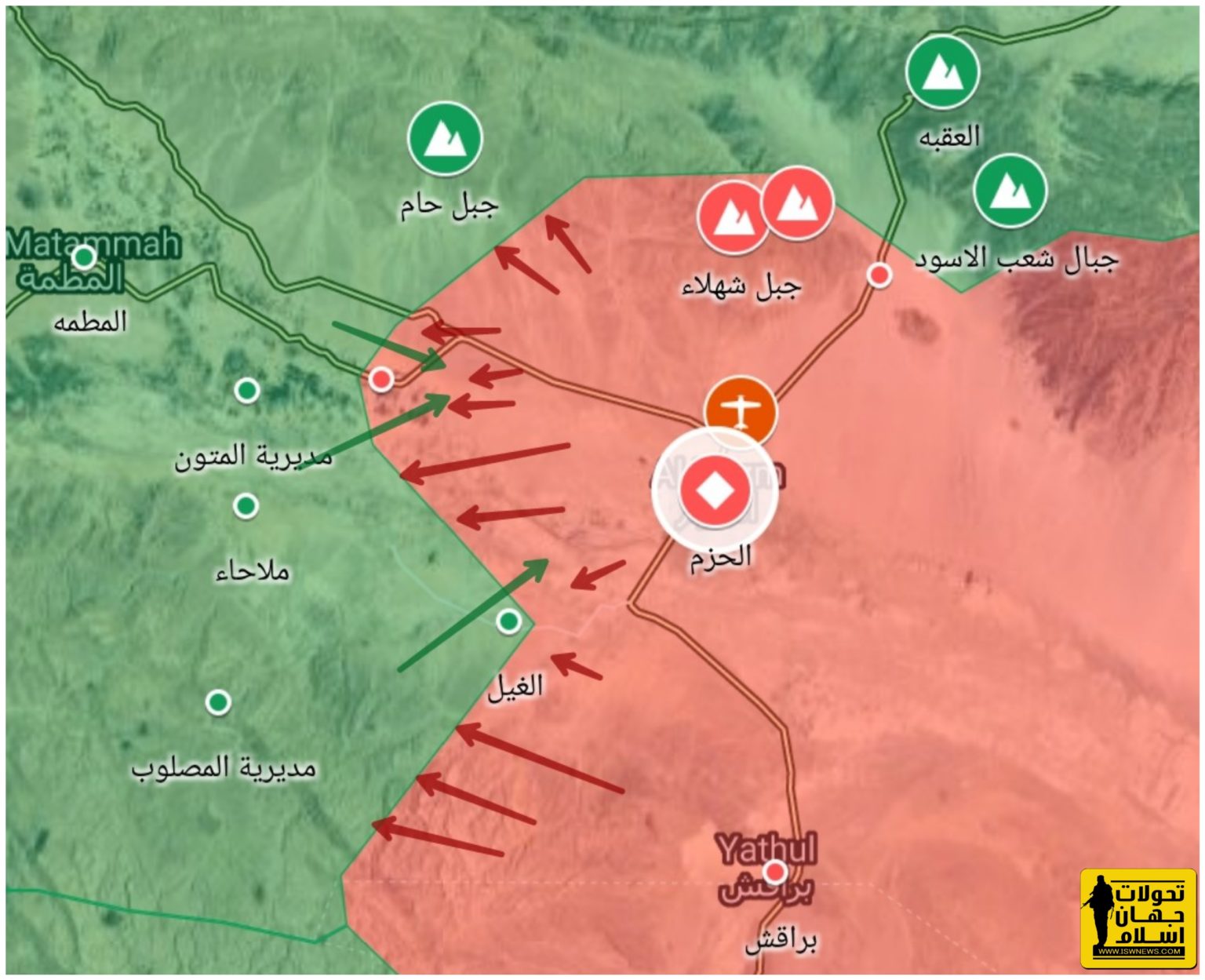 ISWNews Analysis Group: According to the latest reports, today’s clashes in eastern part of Sanaa province have continued in three front of Al Motoun, east of Sarwah and Nihm.

1. Al Motoun:
The main direction of the Mansour Hadi forces attacks was in the axis of Al Motoun and Al Ghayl, that these attacks have been repelled by Ansar Allah in Al Muaimarah. The situation of Al Ghayl is unclear, and may be Ansar Allah withdraw from Al Ghayl, because of lack of defense equipment in this region.

2. The east of Sarwah and Marib:
The situation in this fronts is relatively calm and Ansar Allah is targeting the positions and convoys of the Saudi coalition forces from the heights of Al Mukhdaarah and Hilan.
Coalition sources have claimed that a rocket hit to the central security base, that has led to killing two and wounding three people.

3. Al Nihm:
– Saudi Coalition sources have claimed the coalition forces complete dominance on the heights of Al Bayadh, that there is no evidence about validity of the news of this front. Also, some local sources who are the followers of Mansour Hadi have reported the coalition’s wrong bombardments in this region.
– Killing of Brigadier Gen. Zaid al-Shoumi, the commander of brigade 203 in the Sarwah front.
Of course, he is not the only military official that is killed in recent days. The importance of recognition of Al Shoumi is in that he was the commander of brigade 121 in the front of Al Nihm, that received many defeats from Ansar Allah and at last was killed in the Sarwah front.