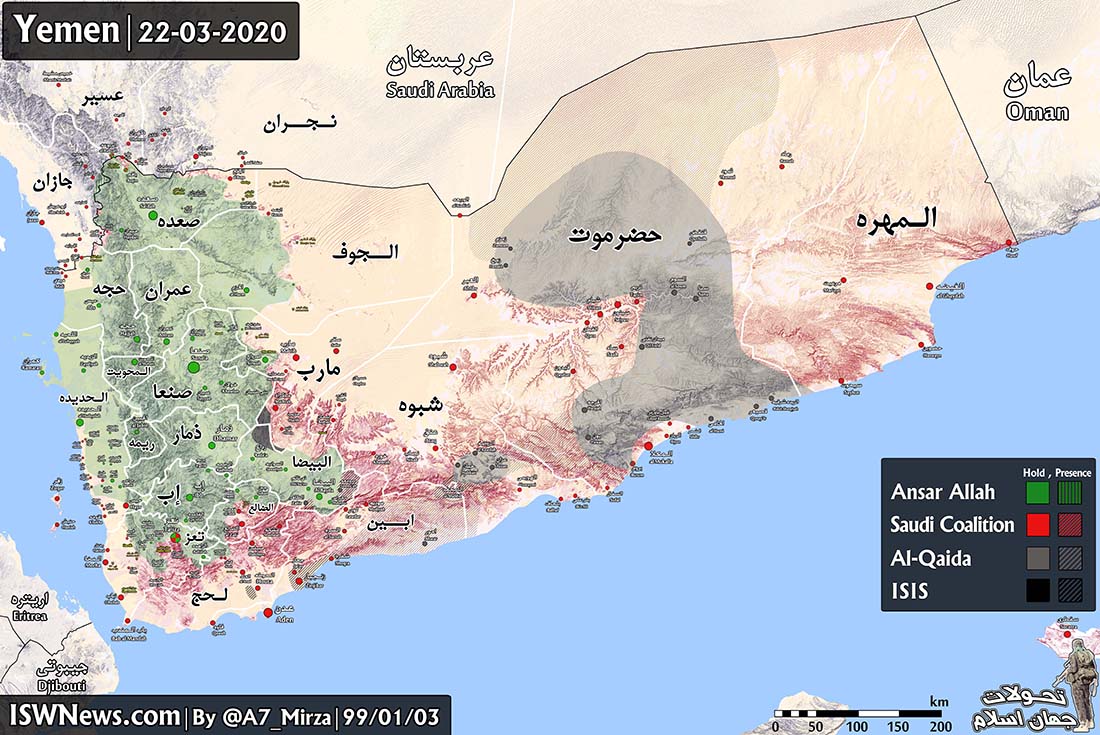 Dhale’:
Ansar Allah’s operation in north of Dhale to cleanse heights and south of Haqab and north of Moris areas, and Hasha district until west of Qatabah.

Saadah:
In the operation “Nasr Min Allah” by Ansar Allah, Saudi coalition’s operation was stopped and 500 km2 area in north of Kitaf district until heights overlooking southern border of Saudi was liberated.

Marib:
In operation “Bonyan al-Marsus”, Ansar Allah advanced in west of Marib province and cleansed Majzar district. Salb mountain and some areas in south of Sanaa-Marib road were reclaimed by Ansar Allah.

Al-Hudaydah:
The situation of strategic and important area of al Hudaydah was unchanged in this period. After Sweden agreement, Saudi coalition advances halted in the province but there are violations of ceasefire and airstrikes.
Durayhimi is besieged and towns such as Jah, Fazah, etc. are the front lines.


In general Ansar Allah with four successful operations in one year could change the power balance toward itself and repel Saudi coalition in many areas.
Indeed Ansar Allah’s ground operations will continue and in case of negotiation failure, Sweden agreement abolish and Mansoor Hadi’s resigned government warmongering, Marib, southern coast of al-Hudaydah and even Aden can be Ansar Allah’s targets.
Reclaiming Marib means end of Islah Party, conquering Aden means end of Southerners and controlling Bab al-Mandeb and coast of the Red Sea means to overlooking Saudi coalition and USA activities in this throttle.