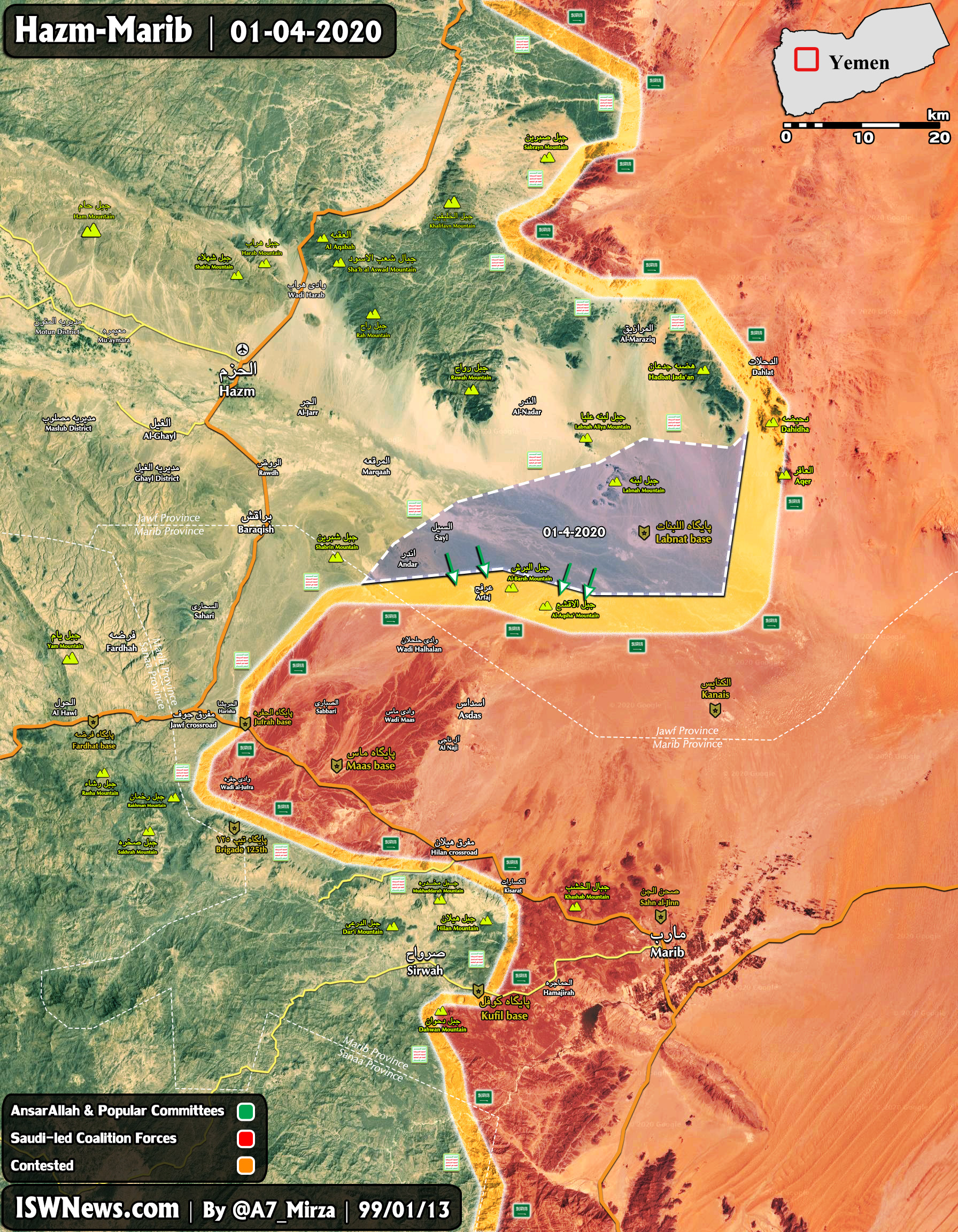 Mansoor Hadi reinforcement and tribes Jadaan, Murad and Obaidah forces are deployed to reclaim the lost lands but still no operation to attack al-Labanat so far.

With Ansar Allah’s recent advances in east of Hazm front, they have a better situation in Marib province and districts Raghwan and Madghal can be next targets.