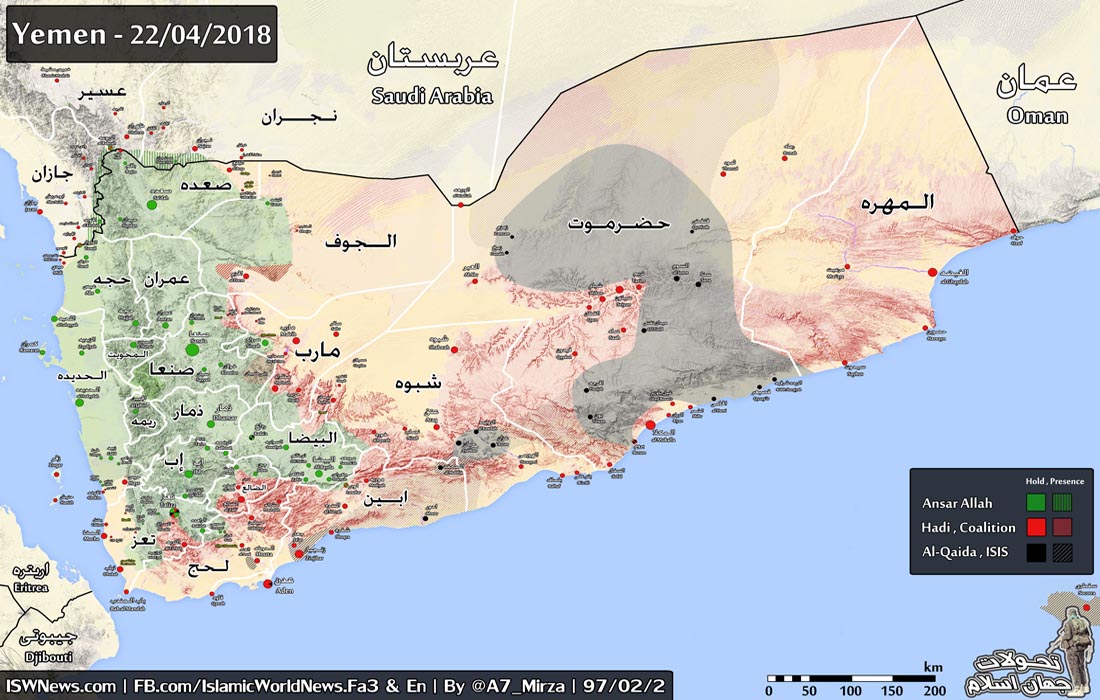 After years of War in Yemen with no notable gains for Saudi-led coalition, now they seek 3 new goals for covering their failures: Capturing Sanaa, capturing Sadah and block AnsarAllah access to the Red sea.

In this regard, the UAE, with help of Tariq Saleh(nephew of Ali Abdullah Saleh) and organizing his troops, wants to achieve full control over the south of Yemen.

1- Attack on Sana’a and bring power to one of the Saleh’s family member
2. The separation of southern Yemen (Perhaps this is the main reason for the southerners to welcome the war with AnsarAllah).

For this purpose, on the other hand, another operation is under way to seize al-Hudaydah, which will cut off Ansarullah’s access to the sea and will lead to complete siege.

AnsarAllah has recently shown the green light to the UN representatives to resume talks, but they have some concerns. AnsarAllah preconditions for negotiations is the cease-fire and end of Saudi bombardment on Yemen. But so far, the results of these consultations have been nothing but just expression of the optimism from the United Nations representatives.

About the Sa’adah and Sana’a fronts, due to the unstable and slow progress of the Saudi coalition, there are no conclusive results. But with the time passing and the prolongation of the war with these conditions (the siege and spreading of diseases and bombardment of residential areas, etc.) it is not in favor of AnsarAllah.

In the last month, attacks by the Yemeni Army and Ansarallah (aimed at deterring and responding to Saudi-led coalition airstrikes) have entered in a new and wider stage with missile and drone operations, which will surely lead to heavier consequences for the Saudis.

Undoubtedly, insecurity ends with heavy losses for the Saudi economy. Including the need of deploying security systems such as Patriot and S-400, which the Saudis paid (or will pay) a great amount of money for that to Americans and the Russians. While the Yemen missile power is native and have no special cost to them, and also now they are done more precisely.

The Saudis and UAE with hiring soldiers from Sudan and Uganda and even Afghanistan and luring Morocco and Pakistan airforce into Yemen war, trying to fulfill their goals and cover their defeats in Yemen.

But this situation will definitely lead to the collapse of the economy and the end of Saudi financial power one day; If AnsarAllah does not succeed in the negotiating field and the Saudi bombardment continue, they may target Saudi tankers and display multi layer missile attacks which the Patriot defense systems do not have the ability to deal with it.

▪️ Note:
– There are minor changes or unstable situation in the Nehem and Taiz and other areas.
– When the southerner situation become more distinct, their controlled areas like Aden, Ataq, Dhala`, Mukalla and etc will be added to the map.