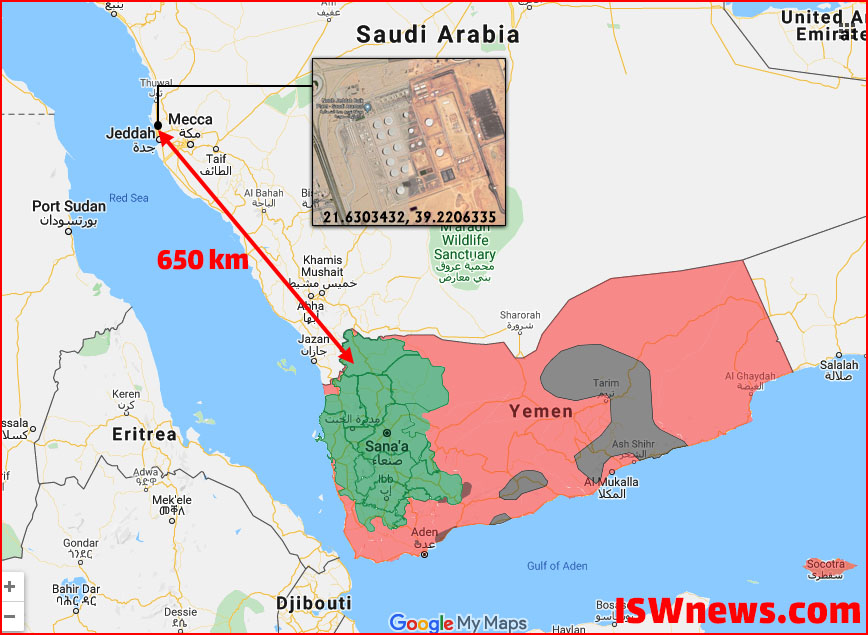 Two Quds 2 missiles where used and distribution station of the refinery was targeted and hit with precision.

The facility is located in north of Jeddah and near King Abdulaziz International Airport.

It is noteworthy that Quds 2 type winged missiles were recently become operational in Yemeni Army and hit the selected target deep inside Saudi Arabia precisely after flying near 650 km.

Yahya al-Sari’ added that the attack was a retaliation to continuation of siege and assault by Saudi Arabia against Yemeni people and asked civilians and the foreign companies to have distance from critical infrastructure of Saudi Arabia because the operations will continue.