Latest Updates on Yemen 24 May 2018; Situation of Fronts 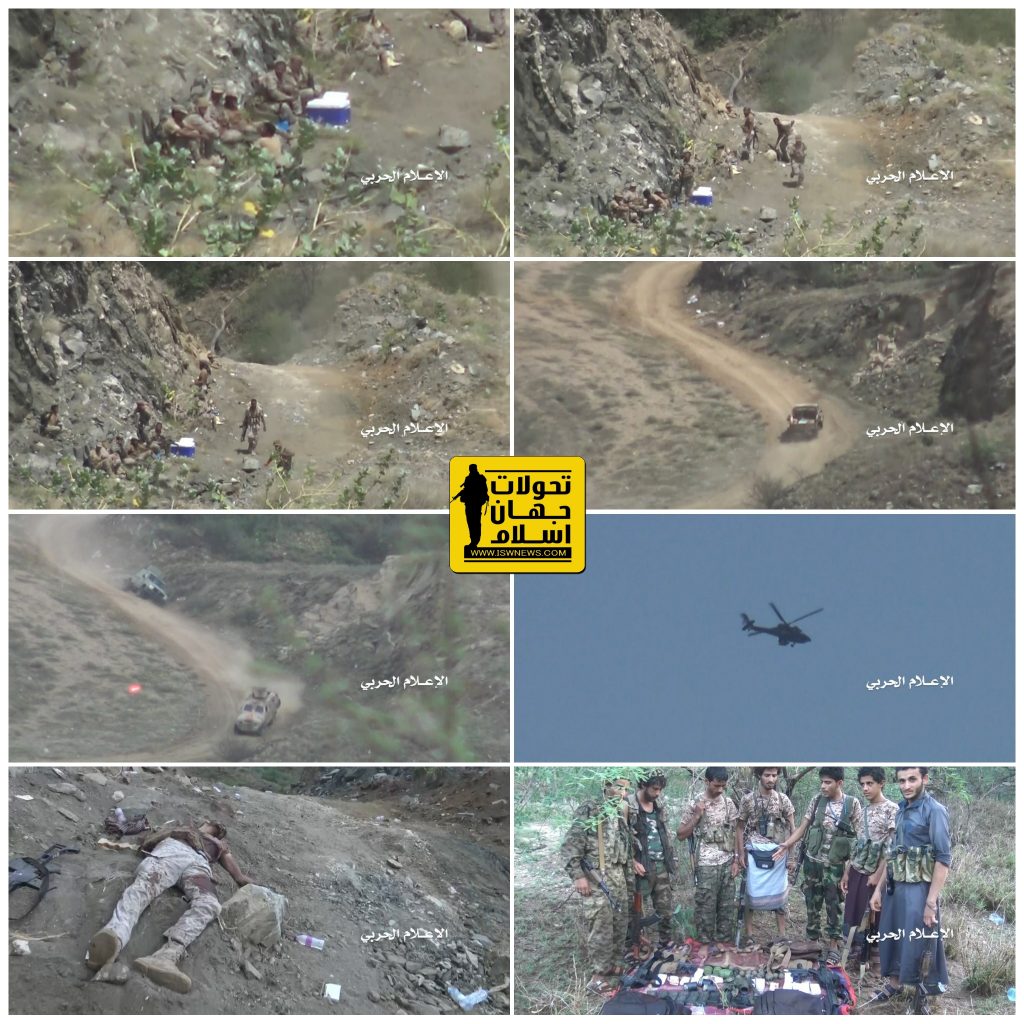 Clashes in south of Hudaydah ; Firing a Bard-1 missile to Jizan harbor ; Vast attack of Saudi coalition to Hajjah governorate

(photos above show some of the engagements at this front)

3- Fights going on in south of al Hudaydah in Tuhayta district.

Tuhayta has not fallen yet but heavy air strikes by forces led by Emirates is still continuing and it is possible that AnsarAllah and Army retreat in next days.

In east of Saada there is engagement in Bart Anan district (al Jawf governorate) and the Coalition is trying to capture Kataf-Saada road (eastern road of Saada).

Media close to the Coalition reporting of siege of Baqim.

The Coalition claims to intercept this missile.

The leader of forces under support of the Coalition Abd al-Ghani Fazi` al-Zoamr is killed.