Saudi Coalition: Al-Hudaydah is the gateway for Iranian missiles to enter Yemen! 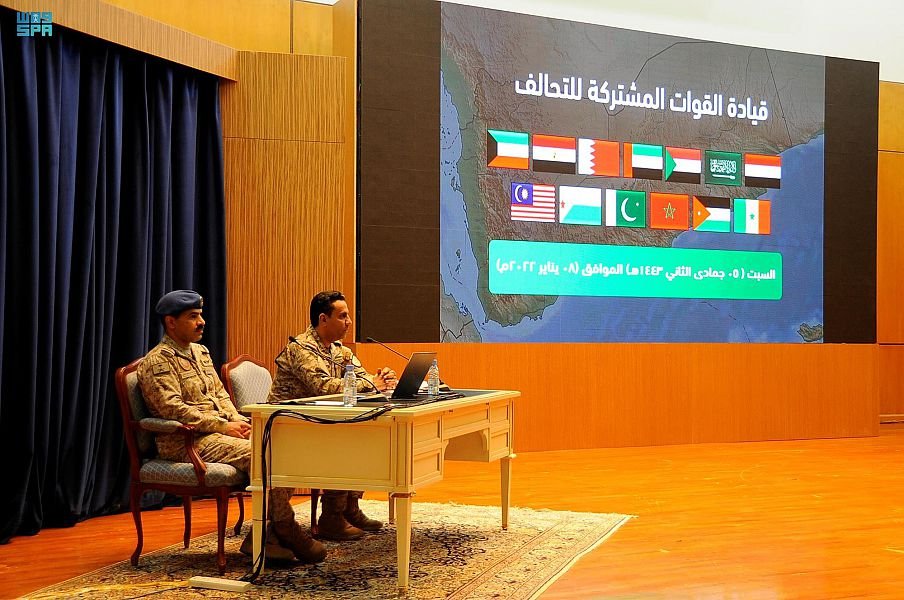 At a news conference, Brigadier General Turki al-Maliki, a spokesman for the Saudi coalition, provided statistics and information on Ansar Allah attacks on the Saudi coalition, claiming Iran’s widespread support and participation in the Yemeni war. But the publication of a fake video of Al-Hudaydah practically questioned the whole conference!

The spokesman of the Saudi coalition, Turki Al-Maliki, in a press conference on January 8, presented a collection of images and videos, emphasizing the participation and widespread support of the Islamic Revolutionary Guard Corps (IRGC) for Ansar Allah. He claimed at the conference that all Ansar Allah operations against coalition merchant ships and navigation were planned and carried out by IRGC advisers in Yemen. The coalition also claims that one of Ansar Allah’s field commanders, Mansour al-Saadi, was responsible for seizing the Emirati ship Rwabee.

Al-Maliki continued the conference with statistics on Ansar Allah attacks, which include:
“The Houthis (Ansar Allah) fired 432 ballistic missiles, 25 cruise missiles, 865 UAVs, 248 naval mines, and 100 suicide boats from the port of Al-Hudaydah to strike navigation in the Red Sea.
The Houthis (Ansar Allah) carried out 13 attacks on merchant ships, including: ABQAIQ, ARSAM, Gladiolus, AGRARI, etc.
The Iranian ship “Saviz” is a military ship and has been transporting Iranian weapons to the port of Al-Hudaydah for the last four years under civilian cover.
Hasan Irloo, the former Iranian ambassador to Yemen, oversaw all naval operations by the Houthis. Al-Hudaydah port is the main point for receiving Iranian missiles, and we have pictures of its stockpile. The missiles are stored in tunnels near al-Hudaydah before being transported to Sanaa.
The Houthis (Ansar Allah) use Iranian-made “Noor” missile system to target ships.
The Houthis use Al-Salif port militarily and use civilians as human shields. They are conducting tests on boats in Al-Salif port.”

As part of the conference, Turki al-Maliki released a video as an “special video” of an Iranian missile assembly site at Al-Hudaydah port. But it soon became clear that the video was about a war documentary called Severe Clear. This big blunder by the coalition spokesman showed that not only the coalition’s claims about Iran and Ansar Allah are false, but also that the Saudi coalition is at a very weak level in terms of intelligence.

Also in another part of the conference, the Saudi coalition claimed that the naval ship was carrying medical aid, etc. for the victims of the storm on the island of Socotra. The ridiculous claim later exposed by Ansar Allah by publishing of images of the UAE sending weapons using the Rwabee ship.
The Emirati ship “Rwabee” was seized by Ansar Allah off the coast of Al-Hudaydah on January 3. The ship was carrying military weapons, including speedboats, armored vehicles, Humvees and other military equipment, which refutes the coalition’s claim to carry medical equipment. This showed that the Saudi coalition, in addition to weakness in the field of intelligence, is also lying to a great extent!