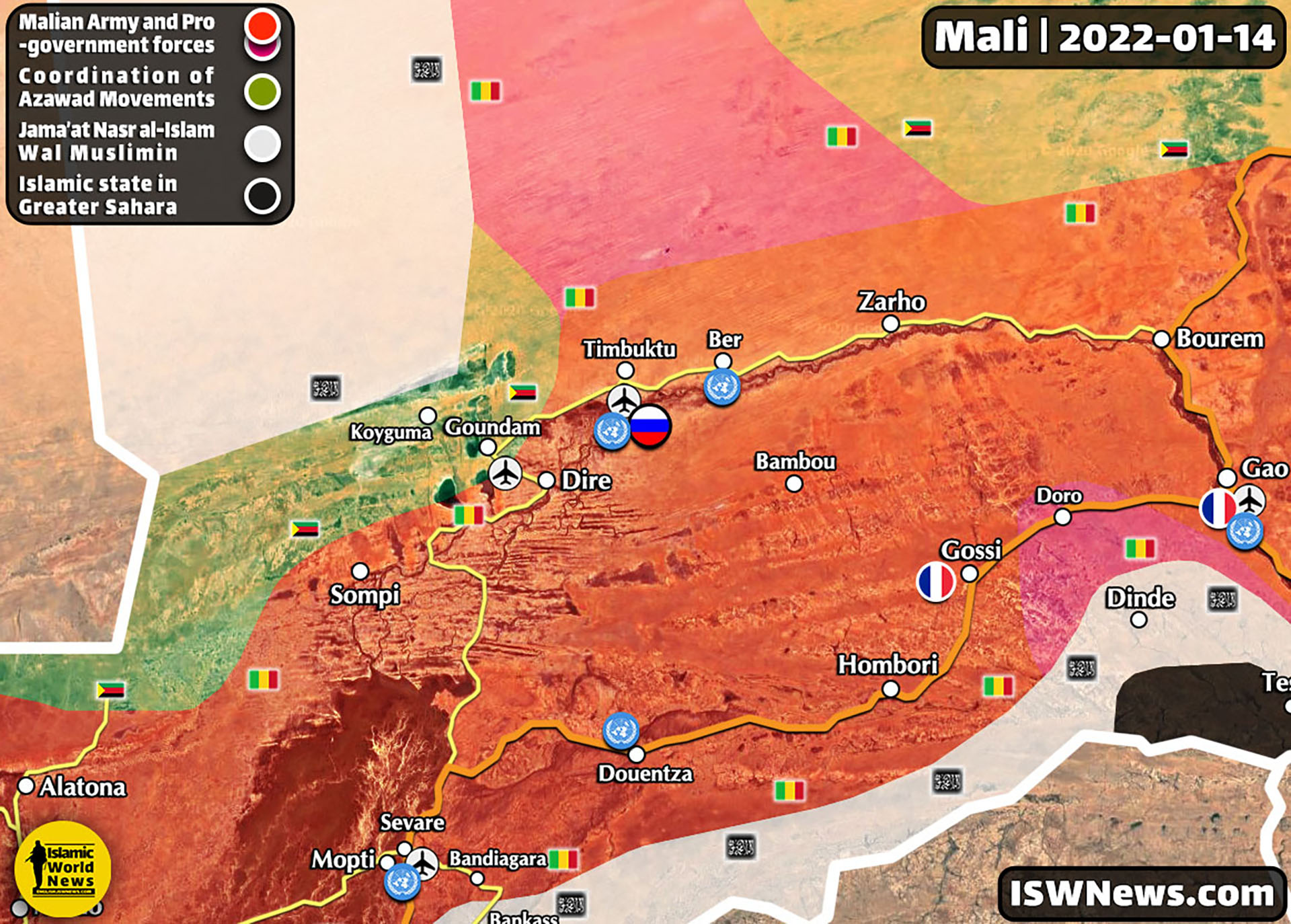 ISWNews Analysis Group: A spokesman for the Malian Army announced the deployment of Russian Private Military Contractors at the Timbuktu base.

Russian Private Military Contractors (known as Wagner) has been stationed at the Timbuktu base to train Malian military personnel, a spokesman for the Malian Army said on Thursday. He further confirmed that Mali had received Russian military aid, including several helicopters (Mi-17) and other military equipment.

The Timbuktu base had been under French control for eight years, but French troops withdrew in December 2021 following tensions between France and the Mali government over the presence of Russian troops in Mali.

Russia’s Private Military Contractors (PMC) are a group of Russian military individuals referred by the Western media as “Wagner.” Western countries have repeatedly accused the group of human rights abuses and war crimes. According to “ISWNEWS” from informed Russian sources, there is no such group as “Wagner Group” in Russia; In principle, the Russian parliament and military structure do not allow the formation of such private military groups in the Russian Federation. These contractors are in fact part of the Russian military proxy forces in the target countries. Therefore, its structure seems to be very different from that of companies and private contractors in Western countries, including the United States.

Russia’s private military contractors are currently active in the wars in eastern Ukraine, Syria, Libya, and elsewhere. In Mali, too, the government has denied Western allegations And says that Russian forces are present in the country within the framework of a bilateral agreement.