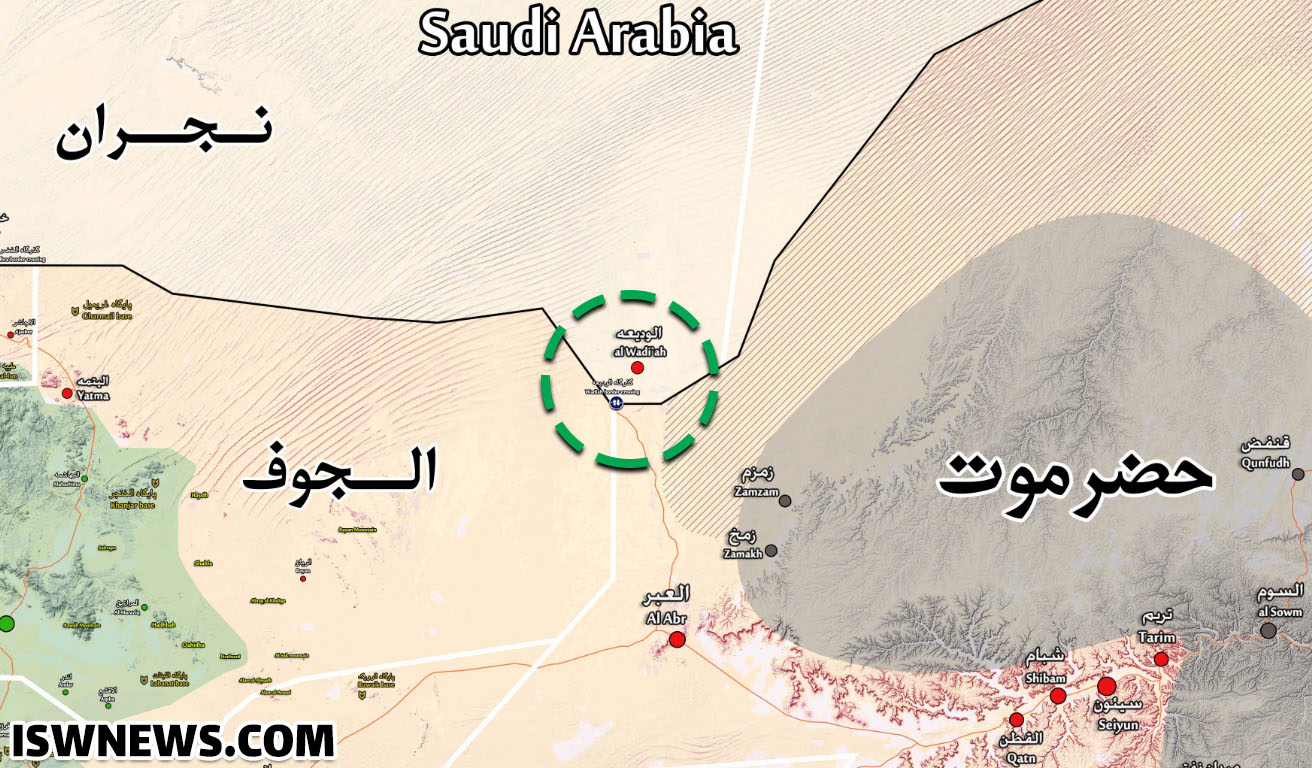 Following clashes between Islah Party militants and the Saudi-led government forces in the Shabwah and Hadhramaut provinces, Al-Wadi’ah border crossing came under the control of the forces of the Yemeni government.

1- Shabwah:
– Timothy Lenderking, US Representative in Yemen Affairs: “We express our concern about the escalation of violence in Shabwah. The US will deal with any force that advances towards the oil fields and poses a threat to the oil companies. We have asked the UAE to be calm in Shabwa province and resolve the issues through dialogue.
– Rashad Al-Alimi, the head of the Presidential Council of Yemen, assigned the responsibility of securing the Ataq-Abar road to the Southern Transitional Council (STC) forces.
– In the past week, the UAE drones struck positions of Islah Party militants in the district of Jardan and Markha al-Sulfa several times.
– On August 20, Al-Amaliqa forces and Shabwa defense forces took control of the Ayaz areas, Alam military camp and the Ayaz oil field from the Islah Party militants. Heavy clashes is going on near the Uqlah oil fields and along the Ataq-Abr road.

2- Hadhramaut:
– On August 17, the Southern Transitional Council forces took control of Wadiah border crossing by expelling the forces of Hashim Al-Ahmar, the officer in charge of Wadiah border crossing and a member of Islah Party.
– On August 16, the MARAN CANOPUS ship with the Greek flag has loaded two million barrels of Yemeni crude oil in Dhabah port. The value of this shipment is estimated at 200 million dollars.
– Fadi Hassan Baaum, one of the leaders of the Southern Movement (al-Harrak al-Janoubi) in Hadhramout province, will travel to Aden city to meet and unite with Aidarus al-Zoubaidi, the head of the Southern Transitional Council.

3- Sanaa:
According to local sources, the delegation of Saudi Arabia entered the city of Sana’a in a secret trip to meet and talk with Ansar Allah officials.

4- Hudaydah:
The Saudi-led coalition forces violated the ceasefire 199 times in the last 48 hours in this province.