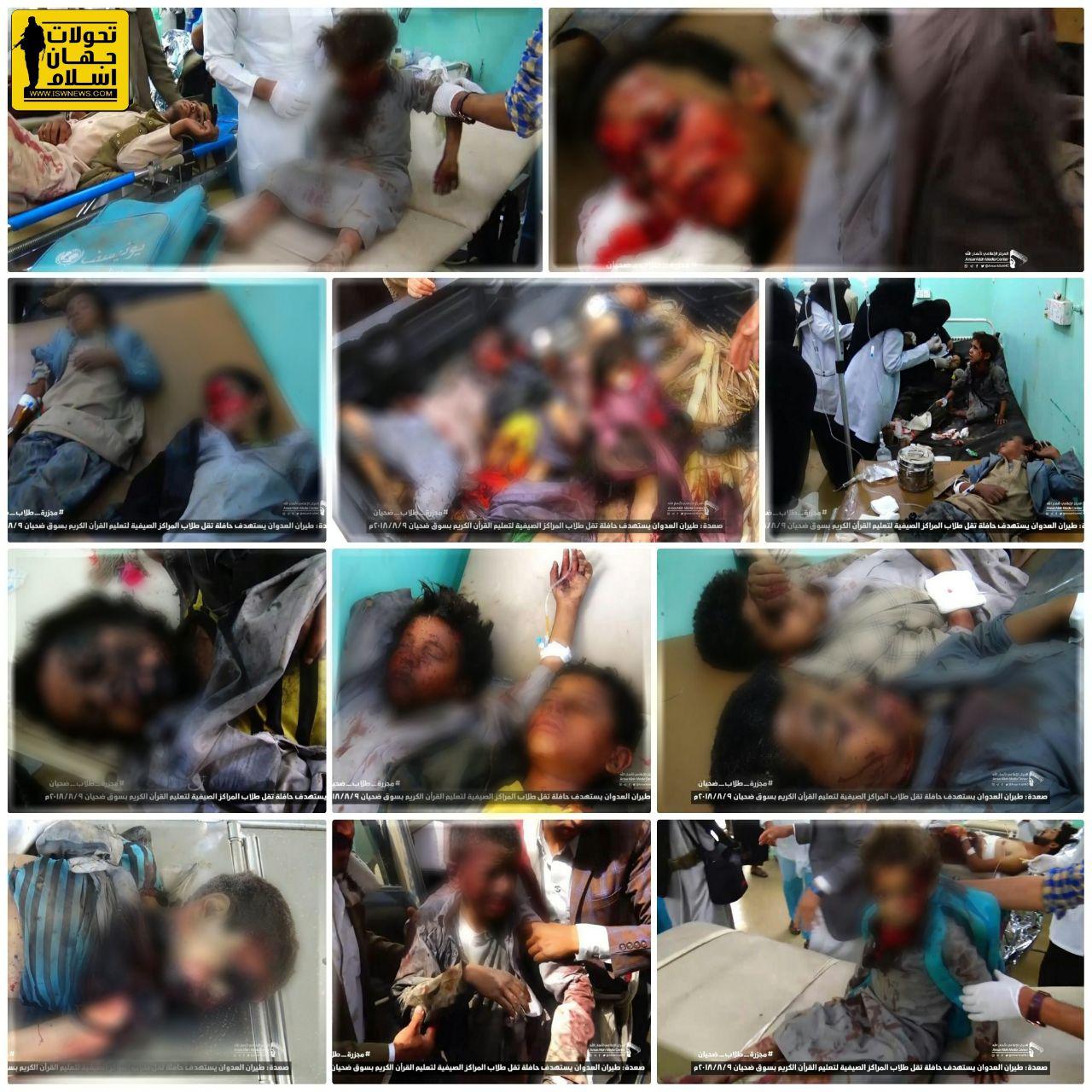 Islamic World News Analysis Group: The US-Saudi Coalition warplanes on Thursday targeted a school bus in the market of Dahyan in the province of Saada which led to the death and wounding about 130 people, mostly children.

A total of 47 people, mostly children under the age of 10, were killed and 77 were injured when two Saudi-led airstrikes hit a school bus in Dhahyan popular market, the victims were on their way to attend a summer school in Dhahyan.

The head of delegation for the International Committee of the Red Cross (ICRC) in Yemen, said on a twitter that “scores killed, even more injured, mostly under the age of 10” after the attack targeted a bus that carries children in the Dhahyan market. The organization stressed that “civilians must be protected during conflict under international humanitarian law.”

However, the Saudi-owned Al Arabiya television quoted a statement by the Saudi-led coalition as saying that “Thursday’s airstrikes targeted Iranian-allied Houthi rebels who fired a ballistic missile on Wednesday at the Saudi commercial city in border Jazan region.”

“They killed pupils driving to school … this is a war crime,” Abdulsalam tweeted.

Saudis with help of United States doing this barbaric terrorist acts many times and continues to repeat this massacres against the Yemeni people and its children and women and elders; but the silence of the Arab community and international society is shameful.