Latest Updates on Yemen 16 August 2018; Intensification of the War on the Western Coast 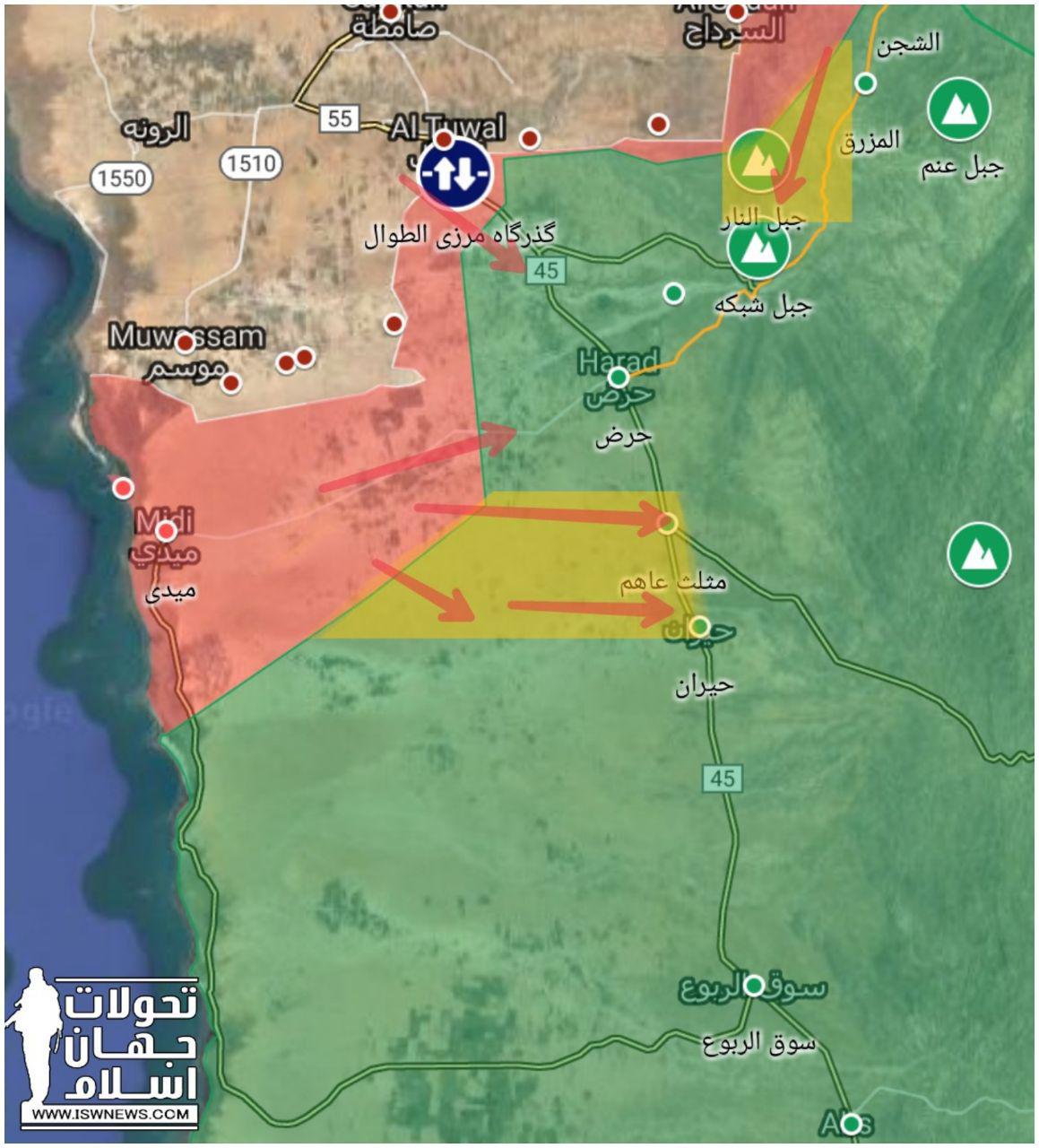 The operation of Saudi-led coalition in west coasts of Yemen from north and south pivot, with the all out attack against Hiran and Haradh in Hajjah province and governorate of Ad Durayhimi in Al-Hudaydah province, have escalated.

Resistance of Ansarallah and “Popular Committees” in Ad Durayhimi, continues.
Attacks of UAE-backed forces against northern and eastern road of Ad Durayhimi, in order to besiege this town.
The fall of Ad Durayhimi is a beginning for broader attacks against southern Al-Hudaydah and the important road of Sana’a.

2. Mohammad Abd Al-Salam, spokesman of Ansarallah: The attack on Abu Dhabi was successful, made 14 injured and resulted financial damage.
ISIS and Al-Qaeda elements in battles of west coast (southern Al-Hudaydah) are participating.

The Coalition forces have arrived to Hayran and `Ahem triangle, and clashes still continue in this region.
(The direction and pivot of Coalition’s attacks in north of Al-Hajjah is specified in our Map)

4. A Badr-1 missile was launched towards a military base in Najran.