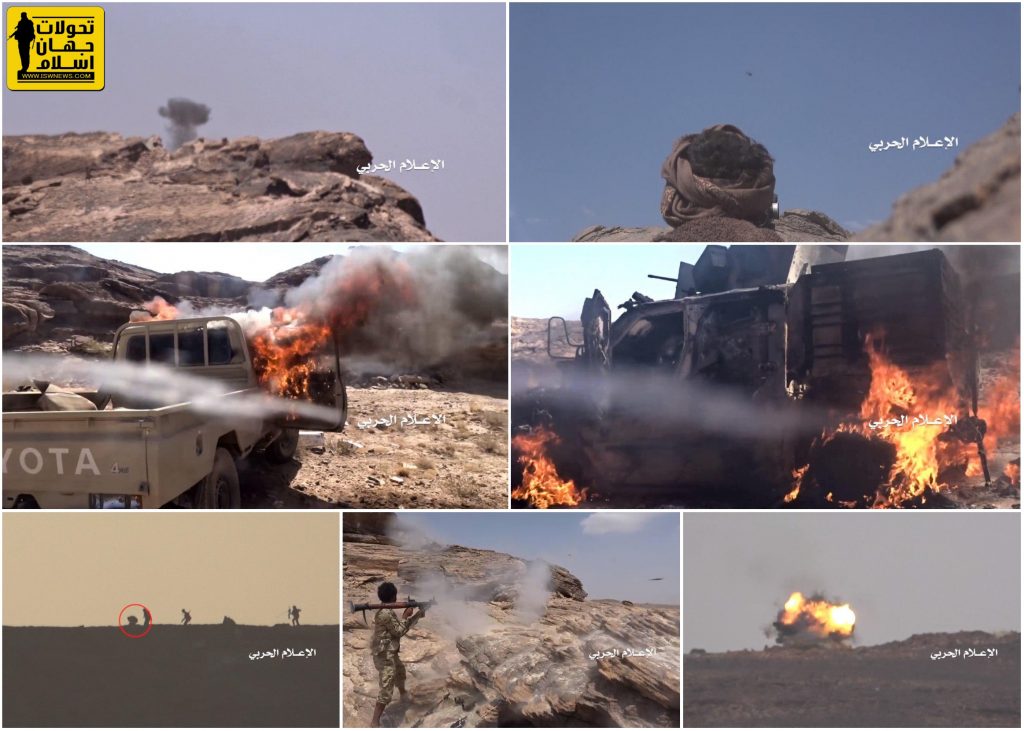 (Images showing engagements at the border of Najran.)

1. Firing a missile Badr-1 toward Baqa’ in north of Yemen and border with Najran.

2. Firing a missile Badr-1 toward Dhahran in Asir (south of Saudi Arabia)

3. Al Hudaydah:
AnsarAllah joint operation of artillery and drone surveillance near Durayhimi.
Engagements in south of Nana(16k) square and eastern road of al Hudaydah without new result despite AnsarAllah attacks. The Coalition attacked the university of al Hudaydah again but defended by AnsarAllah.
AnsarAllah joint drone surveillance and missile units in western coast; media close to the Alliance claim they two missiles and one drone were intercepted with Patriot missiles.

4. Sa’adah:
Coalition has reached the northern gate of Baqim by occupying Al Hamaqi and Ramdan heights.

Right now the town is under heavy attack by Saudi Coalition fighter jets.