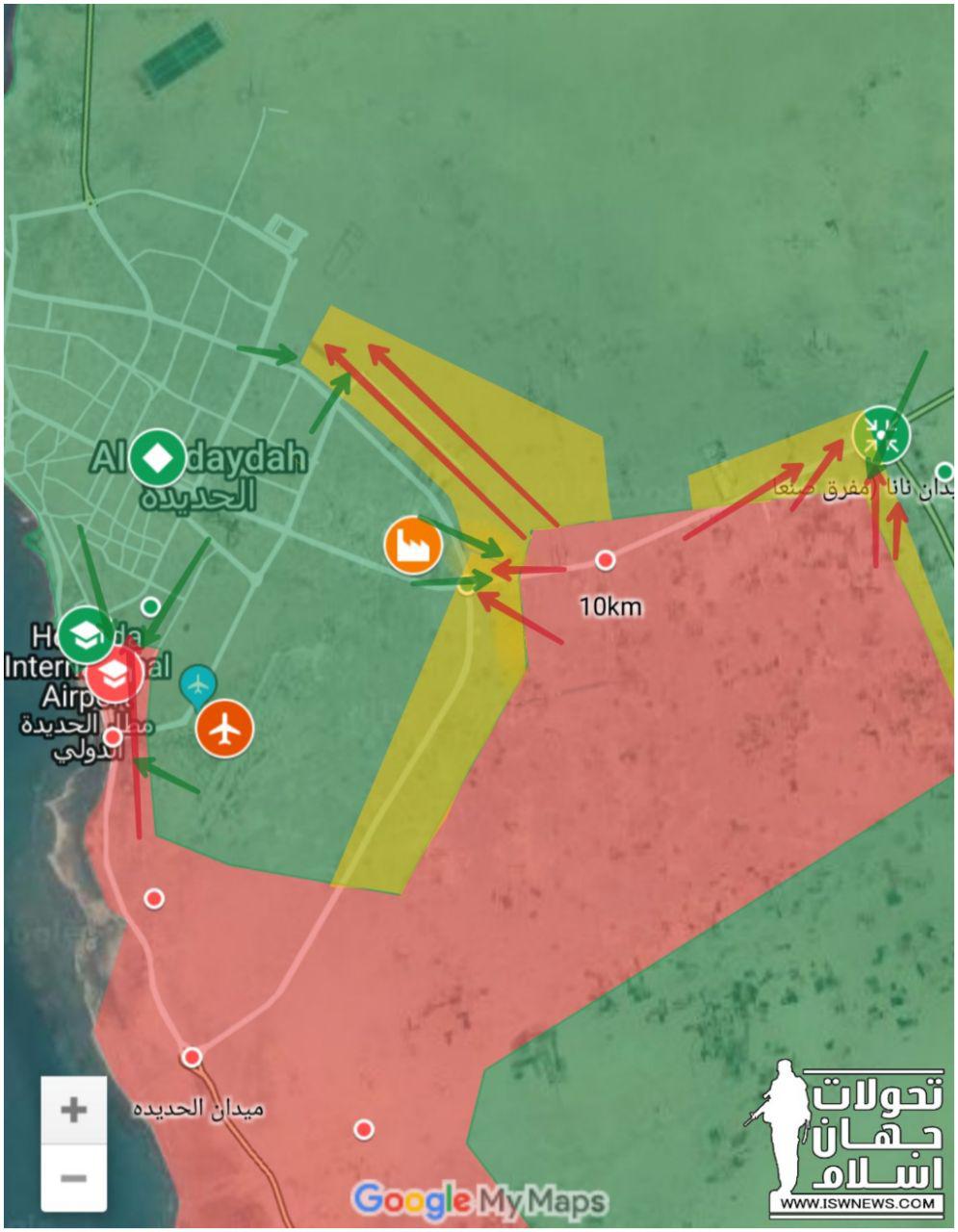 Islamic World News Analysis Group: After the start of Saudi Coalition all-aspect (from air, ground and sea) operation, there are heavy battles in eastern and southern axes of al Hudaydah.

Therefore, the details of Coalition operation are as follows,

1. Southern axis: Coalition forces attacking al Hudaydah university and coastal strip did not achieve much and the situation is same as before.
2. Eastern axis: which consists of attacks to several targets.
As mentioned in previous news and analysis articles, the primary target of Coalition for attacking in eastern direction is to cut the eastern road “al Hudaydah-Sanaa” and then if AnsarAllah retreats to siege the city completely.

To achieve this, Coalition forces attacked from northeastern suburb of al Hudaydah which according to Coalition media they have occupied several points such as Faculty of Engineering, Salh Housing and Road 50.

In Nana(16kilo) square axis Coalition forces could not occupy the square so far and there are engagements 2 km from the square.

Analysis of current situation:
In despite of receiving 90 attacks by fighters and missiles from warships in Red Sea, AnsarAllah showed bravery defense in southern axis but could not defend Saudi Coalition activities in northeastern easy terrain rural part of al Hudaydah.
In the coming days, we shall see the Saudi coalition operations in al-Hudaydah and Sa’ada, and … the last attempt by the Saudis and the Emirates to defeat Ansarallah’s resistance to gain a winning card for the upcoming negotiations, or a bitter end to their failure in the Yemeni war.