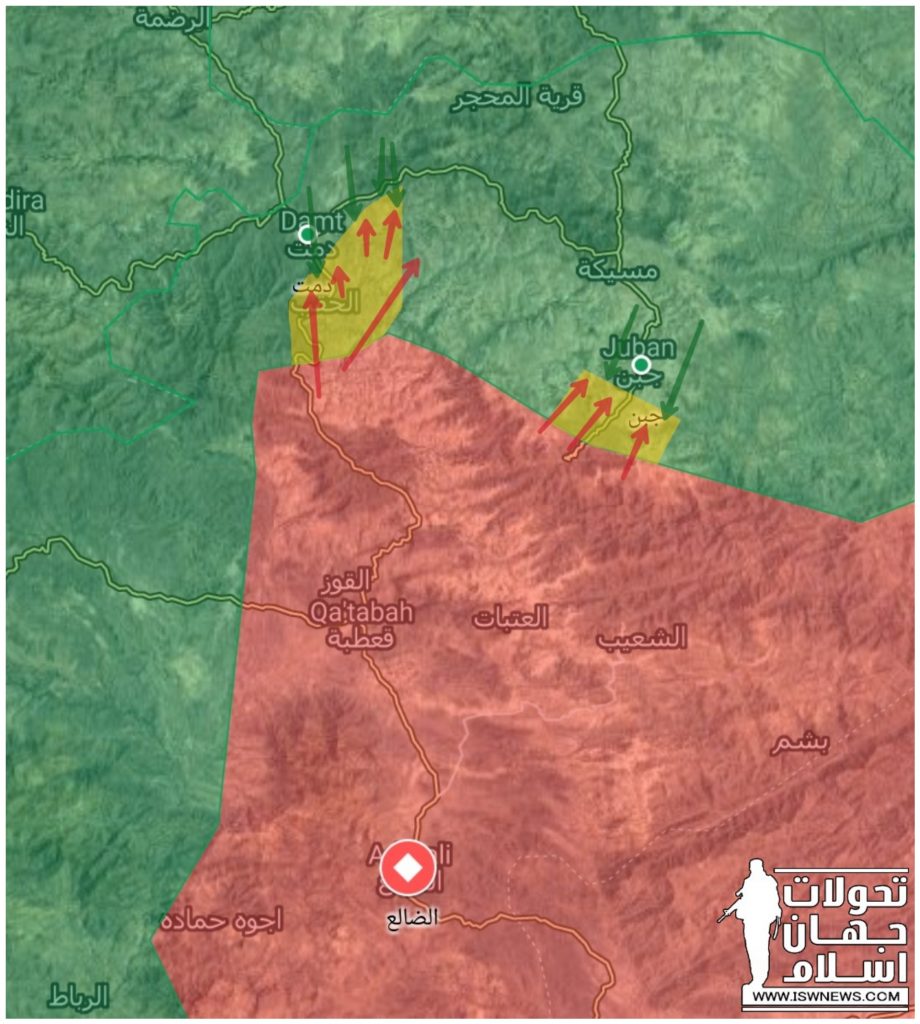 – Matahin square fell to Coalition forces and the Coalition advancing north of Hudaydah airport. Heavy clashes continue on vicinity of 22 May hospital and Coastal Guard Base.

– Situation of frontlines in Faculty of engineering, Road 50 and Saleh housing has not changed.

– AnsarAllah announced that its operations in Al Jah, Al Fazah, Tuhayta and Jabaliya in western shores led to cut four supply routes of the Saudi-led coalition forces in south of al-Hudaydah.

Images of AnsarAllah’s attack on the Saudi Coalition forces in the Al-Jaah suburbs in western coast.

Images of AnsarAllah’s attack on the Saudi Coalition forces in the Al Fazah and Jabaliyah suburbs in western coast.

In Juban axis, the Coalition forces reached to Na’wah area but still Juban is under AnsarAllah control.

All of this new AnsarAllah P-1 missiles, successfully hit the targets so far.

Due to Saudi Coalition airstrikes in Hajjah province at least 8 woman and children were martyred.