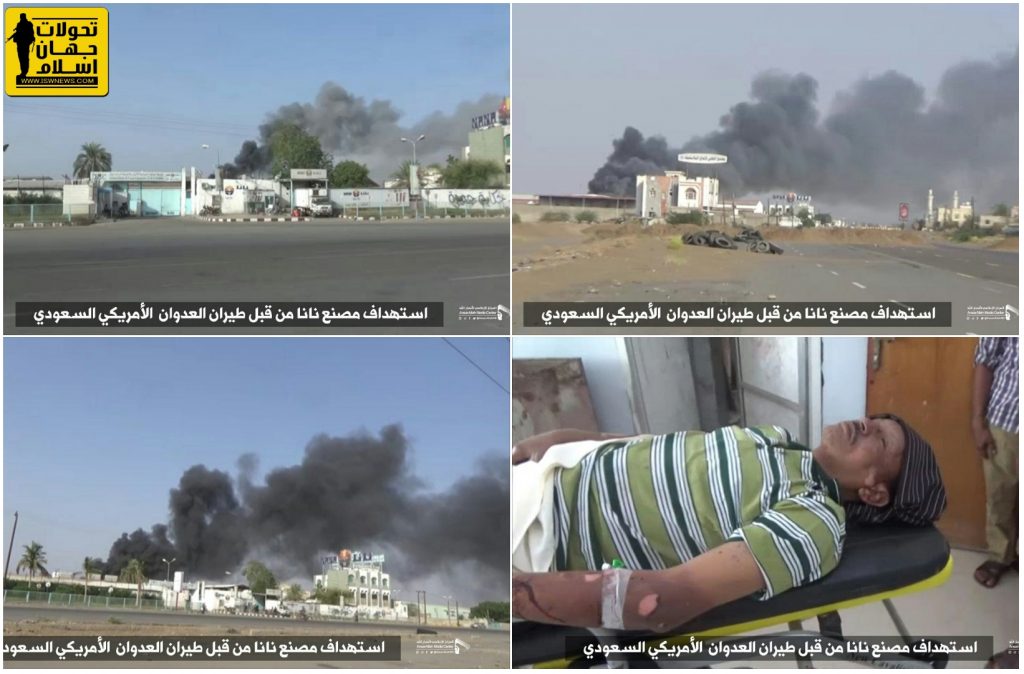 – Bombardment of the industrial areas in vicinity of Nana square by Saudi Coalition warplanes.(above images related to this airstrikes)

Continuation of clashes in southern axis of Alab area and west of Majazah and AnsarAllah artillery operation in this axes.

4- AnsarAllah Qasef-1 UAV attack at gathering of Saudi Coalition forces in a base in Marib.

Clashes going on in Qaniyah and Nate’ axis in north of Baydha province.

Ansarallah claimed that all Saudi Coalition attacks were repelled.