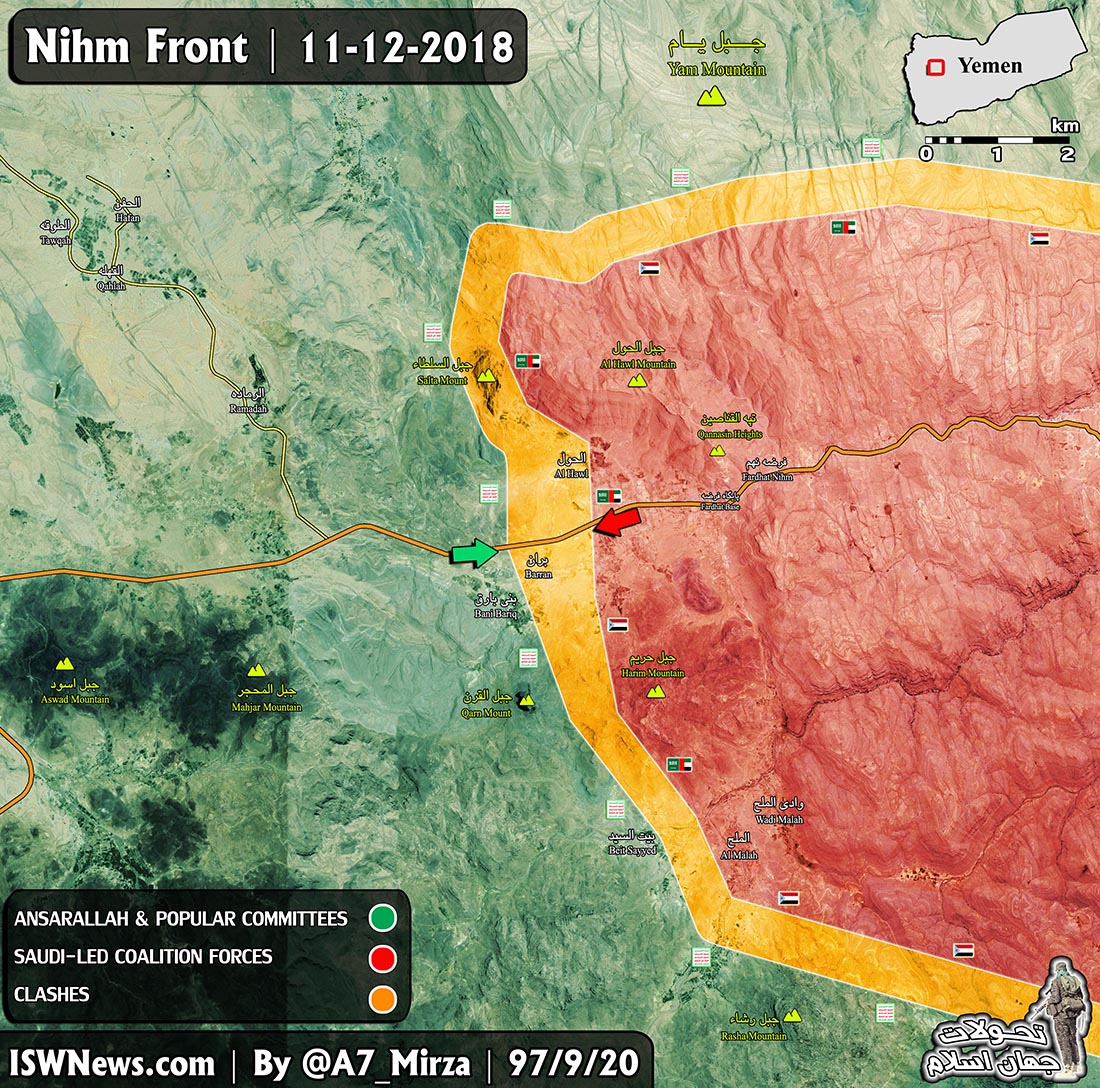 During the last few days and peace negotiations in Sweden, Saudi Coalition activated Nihm front in northeast of Sanaa to advance in this axis and get closer to Sanaa possibly to put pressure on Ansar Allah in negotiations.

At the moment the most sever engagements are in the direction of Al Salta mount to Harim mountain between AnsarAllah and Saudi Coalition led forces.

According to Yemeni Armed Force spokesperson, today due to engagement near Al Salta mountain 41 Saudi Coalition forces are killed and injured.

Also yesterday Saudi Coalition effort to advance in north of Al Salta mountain toward Dhabu’a and Tal Amud in east of Al Qarn mount were not fruitful.