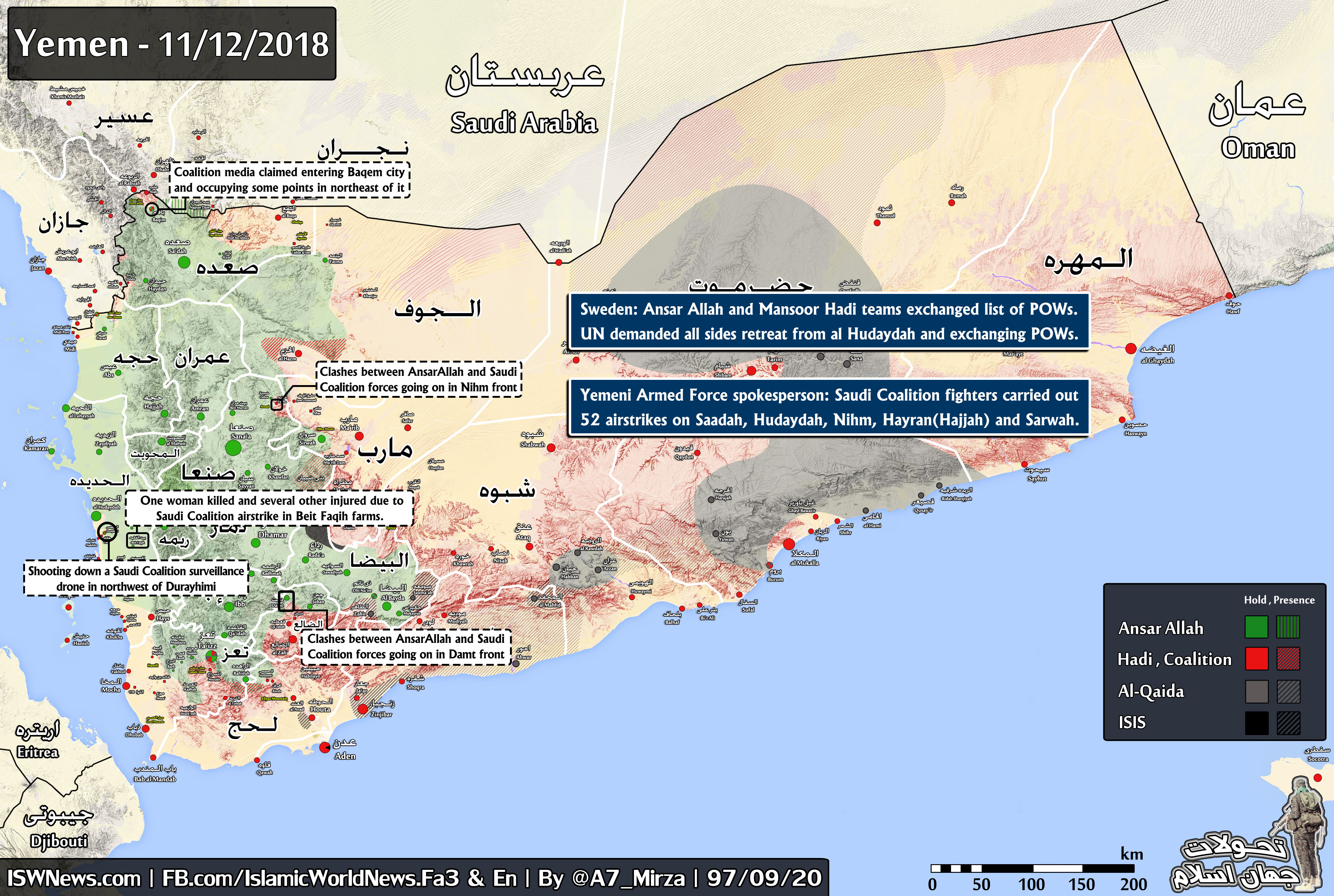 1. Negotiations in Sweden:
– It is said that Ansar Allah and Mansoor Hadi teams exchanged list of POWs names and the number of POWs of each side is about 15,000; the exchange process takes 40 and sides have two weeks to inspect the names on the lists, one week to say their opinions and one week to answer the opposite side questions.

According to contents of agreement, after a month lists are submitted to Red Cross and the exchange takes place from Saiyun and Sanaa airports.

2. Al Hudaydah:
– Shooting down a Saudi Coalition surveillance drone in northwest of Durayhimi.
– Martyrdom of one woman and several other injured during to Saudi Coalition airstrike in Beit Faqih farms.

Coalition media claimed entering Baqem city and occupying some points in northeast of it.

They also claimed occupying Gharah mount and Araf in northeastern part of Baqem.