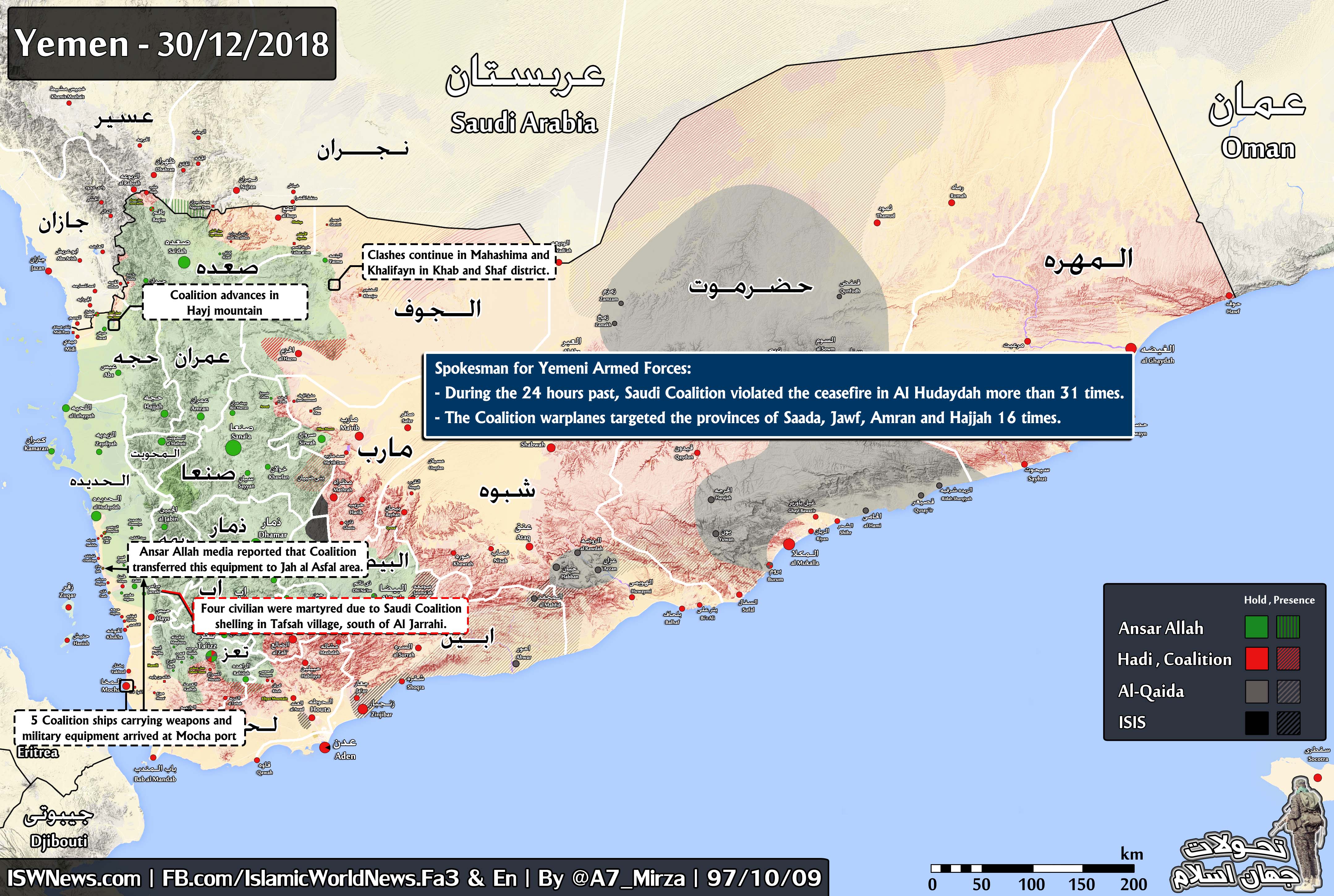 – Four civilian were martyred due to Saudi Coalition shelling in Tafsah village, south of Al Jarrahi.

– During the 24 hours past, Saudi Coalition violated the ceasefire in Al Hudaydah more than 31 times.

– We observe the Saudi Coalition (military)movements in south of Hudaydah.

– The Coalition warplanes targeted the provinces of Saada, Jawf, Amran and Hajjah 16 times.