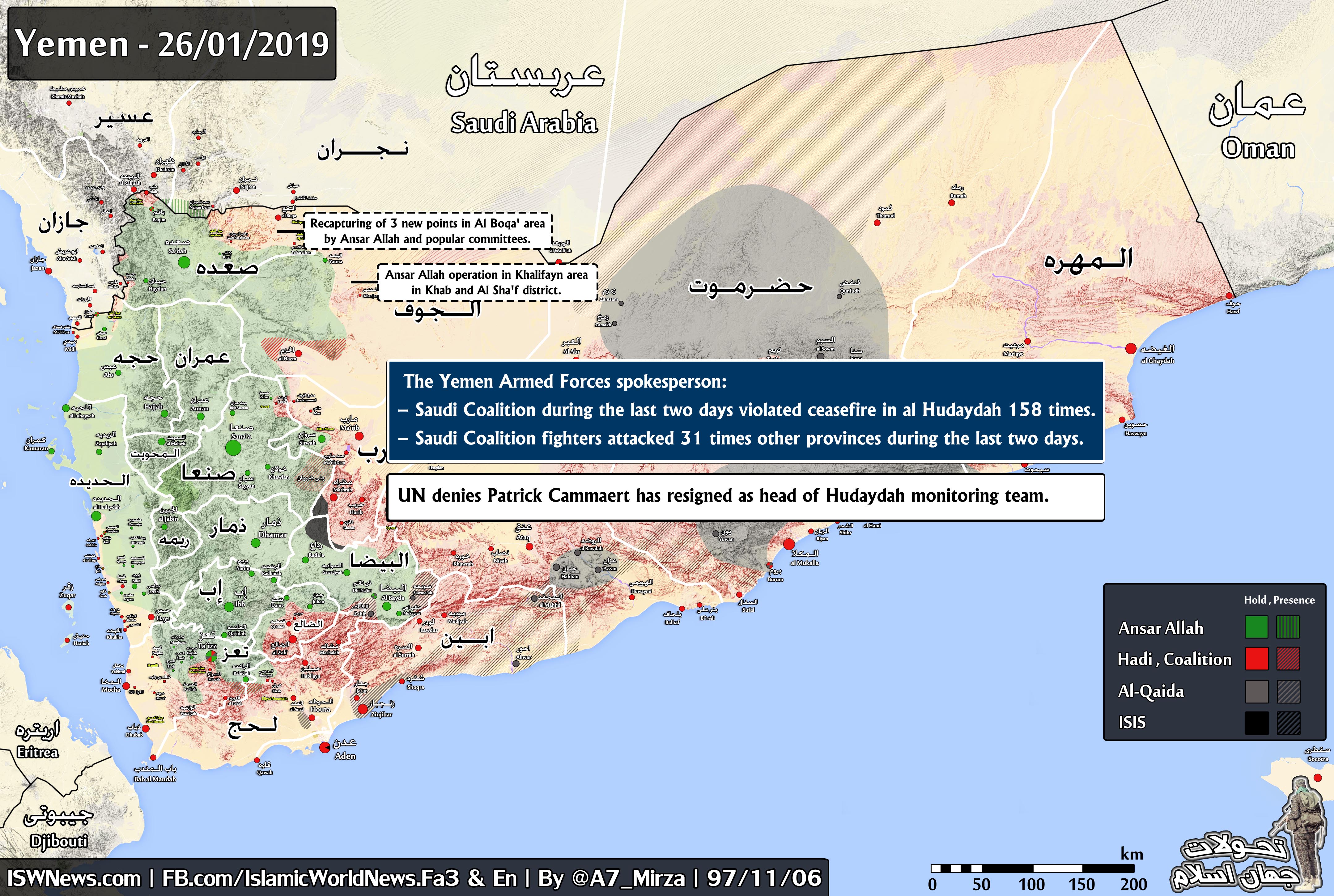 – AnsarAllah operation in north of Hajjah led to liberation of 15 new points in east of Nar mountain. Also more than 19 Saudi-led forces were killed and 30 other were wounded.