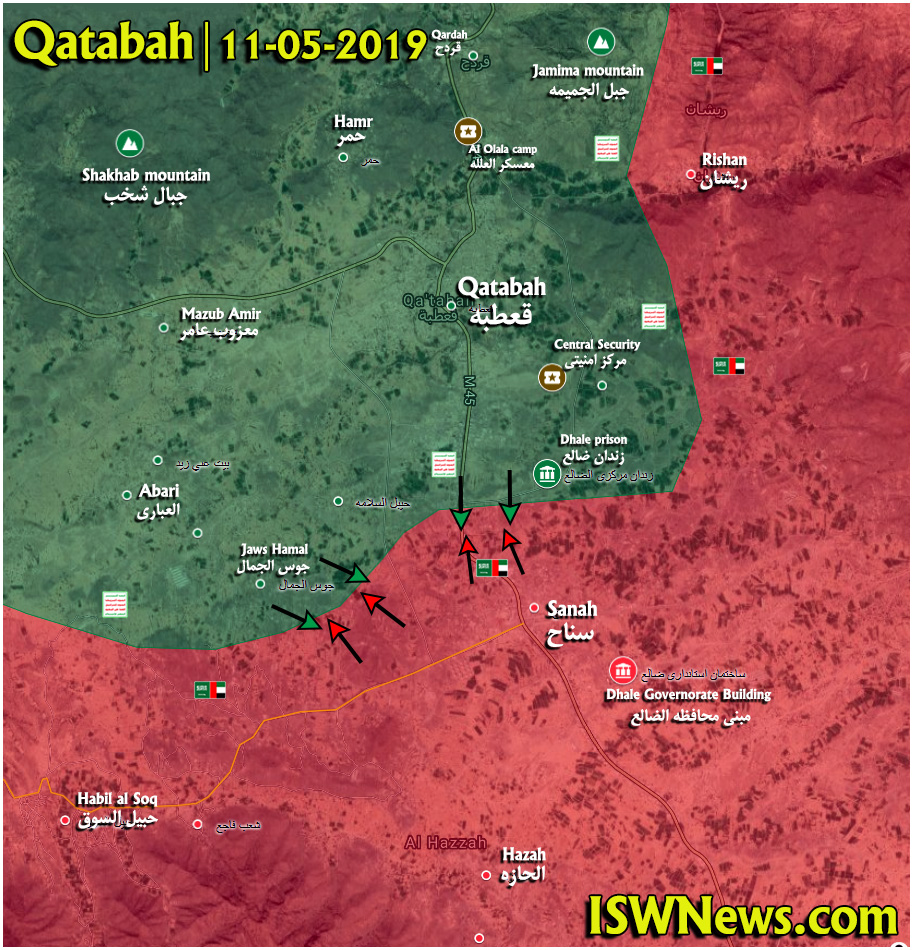 ISWNews Analysis Group: According to latest information, Ansar Allah and Popular Committees have liberated the city of Qatabah from Saudi-led Coalition forces and now clashes reached to Sanah area in the south of Qatabah.

While these days, all eyes are focused at Syria and the northern Hama, the Yemeni warriors are fighting with the least equipments against the Saudi-backed militants and advancing rapidly in Dhale province.

Following the Ansar Allah and Popular Committees operation in Dhale province,at last after a week of heavy clashes the city of Qatabah have liberated. Currently, clashes between Ansar Allah and Saudi-led forces continue in Sanah and Jaws al Jamal areas.

It is expected that due to cut off the Saudi Coalition logistic road to Moris area, the Al Sadrayn military camp and Moris front will soon be liberated by AnsarAllah.

It should be noted that during recent weeks, due to frequent defeats of the forces affiliated to Mansour Hadi and Islah Party in Dhale province and their retreat from these areas, caused tensions and clashes between these forces with Hizam al Amni forces which are affiliated to UAE. This issue is worsening the situation for Saudi Coalition in Dhale province…